I think when it comes to little kids, they seem to get interested in a couple of things early in life: dinosaurs and trains. Oh, then, to be a kid in Japan with all those speeding Bullet Trains. It's not so much of a stretch to believe that the largest number of tore-ota (train otaku) reside in the country of my ancestry.

So, on the 50th anniversary of the launch of the very first Bullet Train...the recently retired Zero Series...I give you the celebratory children's tune "Hashire Chotokkyu" (Go Super Express). Created by classical music composer Joji Yuasa（湯浅譲二）and writer of children's literature Hisashi Yamanaka（山中恒）in 1967, I've been seeing the musical interlude between the evening anime and the NHK News on TV Japan frequently. And what children cannot resist the footage of the various types of Shinkansen whizzing past at 200 km/h while the kids' choirs are trilling "Byuwa-n, byuwa-n, byuwa-n"?

I've had my own time on the Bullets with my highlight being the 6-hour trip from Hakata to Tokyo back in 1991. I actually got a seat on the Green Car and even had access to the club car for dinner; that particular dining service disappeared soon after. But even so, 6 hours were still pretty tasking for me in a train seat so I was quite happy to see the bright lights of Tokyo Station once I arrived.

Although there have been much sleeker designs coming out over the past few decades, I miss the bulbous-nosed 0 series. 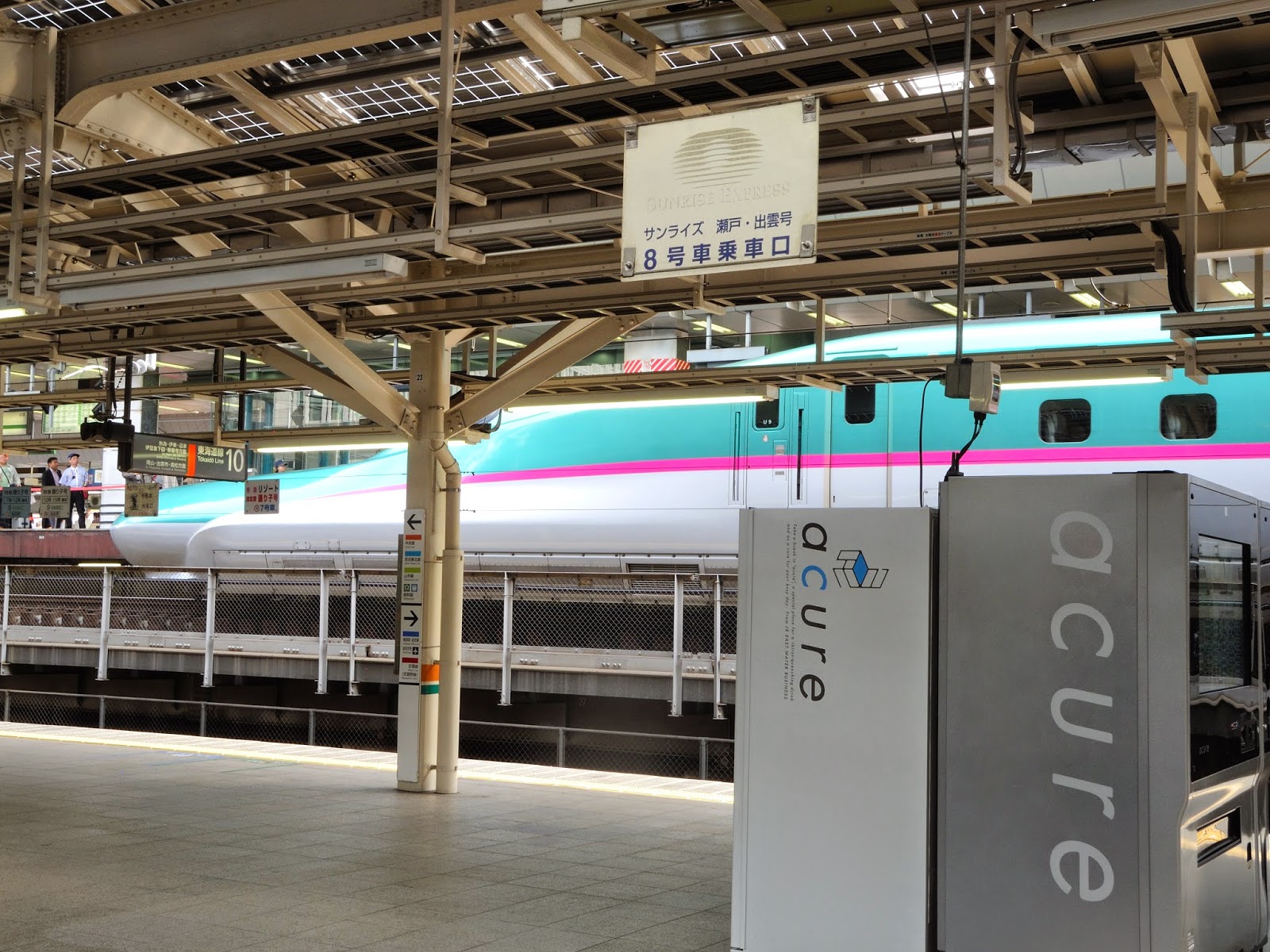