The above is a karaoke version of Misato Watanabe's（渡辺美里）"Sincerely", her 29th single from February 1995, since I couldn't find the original anywhere. This probably hasn't been put up there as one of her most famous songs but I still remember it quite well. In fact, I still retain the memory when she had first presented it publicly on the TBS news show at 11 p.m. one night before it was actually sent out into the CD shops.

But that's not the only reason that I remember it. "Sincerely" is also quite the contemplative song, quite a contrast when I usually think of Watanabe's very bouncy upbeat tunes. Composer and producer Takeshi Kobayashi（小林武史）came up with the dramatic melody while Misato herself wrote the lyrics which seem to relate the story of a once-happy and a once-together couple who are now neither with the protagonist hoping beyond hope that they can salvage what they once had. With the haunting synthesizers at points, there is an alternately funereal and dramatic atmosphere.

"Sincerely" takes on a further epic feel as if the separation wasn't exactly due to bickering between the lovers. About a couple of weeks previously before the single's release, the Great Hanshin Earthquake which ravaged Kobe had occurred, and just a little time after that, my friends and I attended Misato's concert at Yokohama Arena where at one quiet point, she vented her feelings about the terrors that the quake had wrought on the people there. I think "Sincerely" had already been signed and sealed if not delivered by that time, but the song took on a much more poignant note due to those events. Even among her ballads, this one certainly stands out to me. The song peaked at No. 15. 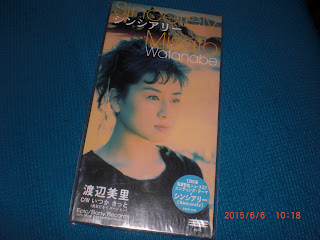 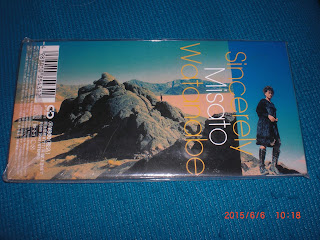