It's great that I could find a video that showed the opening credit sequence for the old Saturday night Fuji-TV comedy-variety series known as "Yume de Aetara"（夢で逢えたら...A Sweet Nightmare）when it featured the Southern All Stars single "Furi Furi '65" (Twist '65) as the theme song. It was the first theme song that I remember from the show that starred comedy duos Downtown and Utchan-Nanchan, and comediennes Michiko Shimizu and Naoko Nozawa, and even had the band appear in the credits as well.

As that year in the title would suggest, Southern All Stars' 27th single brings in all those musical cues from the 1960s that had me thinking of go-go boots and twisting on the dance floor (despite the fact that for most of 1965, I was but a fetus). Heck, there are even some lyrical shoutouts to the Beatles and I had thought that the chorus was yelling "Mony Mony" like Tommy James & The Shondells, but it was actually "Let's furi furi". Still the 60s vibe was clear. It was too bad that Keisuke Kuwata（桑田佳祐）never got an official music video to the song. I would have loved to have seen him perform in front of a whole bunch of shimmy-shammying kids having fun on the floor just like in the old days of "American Bandstand".

There was another theme song to "Yume de Aetara" that I remembered quite well right here. 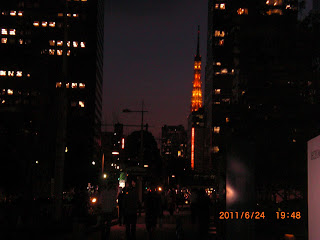