It was a pretty darn good lineup on tonight's "Kayo Concert" on NHK. The theme was once again duets but this time, the producers decided to split up the lyrics for non-duet kayo and give them to the pairs. It worked the majority of the time although I wasn't quite sold on Rimi Natsukawa and Hiromi Go on that old Momoe Yamaguchi tune. Anyways, I have a feeling that for the remainder of this week, I'll be putting up a number of the songs that I heard for the first time from that episode including a couple of 2015 songs. This one, though, is definitely in the yesteryear column.

It's been a while since I put up a Group Sounds song but I heard this one on "Kayo Concert" by The Golden Cups, a band whose name I've heard over the years alongside other similar bands such as The Tigers and The Spiders but didn't know their discography. "Nagai Kami no Shojo" (The Long-Haired Girl) was the band's 3rd single from April 1968 and was created by Jun Hashimoto and Kunihiko Suzuki（橋本淳・鈴木邦彦）. Just hearing the original version right now, it's got that familiar twangy guitar sound and lead vocal here Mamoru Manu（マモル・マヌー）plaintively calls out to that supposedly lonely long-haired girl and offer solace after a breakup. It rose as high as No. 14 on Oricon.

The Golden Cups were formed in 1966 in Yokohama with the band forming around lead vocalist Dave Hirao（デイヴ平尾）. The rest of the band consisted of drummer Manu, guitarist Eddie Ban（エディ藩）, bassist Louise-Louis Kabe（ルイズルイス加部）, and guitarist Kenneth Ito（ケネス伊東）. There were also later members who have gone on to further success such as Mickey Yoshino（ミッキー吉野）of Godiego, Ai Takano（アイ高野）from fellow GS band The Carnabeats and bassist George Yanagi（柳ジョージ）.

I'd always wondered how Hirao and the guys ever came up with the name for their band. Apparently, the group was originally known as Group & I. And this is where the theory diverges. According to English Wikipedia's article on the band, the manager of the Golden Cup disco persuaded Group & I who were the house band there to change their name to The Golden Cups whereas on the J-Wiki article, the name change didn't occur until some time later when the director of a TBS music show on which the guys were appearing with their debut single, "Itoshi no Jizabel" (June 1967) did the persuading. In either case, I think it was a wise tactical maneuver.

After 10 singles and 9 albums during their original run, The Golden Cups broke up early in 1972. However, the band got together again from 2003 and have continued on, although Hirao passed away in 2008. 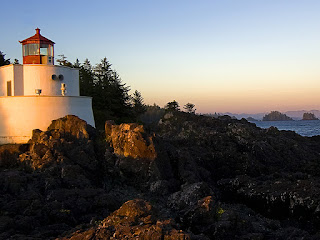