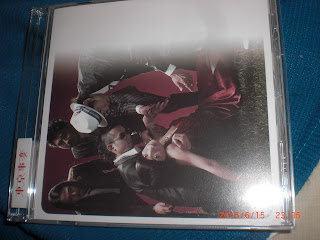 Where was I when I bought Tokyo Jihen's（東京事変） 2nd single from October 2004, "Sounan" (A Distress)? Strangely enough, I remember quite well where I was. It was another autumn Saturday afternoon in the dandy Omotesando district of Tokyo when I decided to check out a CD shop in the basement of Harajuku's LaForet shopping complex. There were a lot of far younger and hipper folks than me hanging about but I didn't feel too self-conscious since I've always been able to slip through the masses as a stealth gaijin all these years.

Anyways, I hadn't intended to buy "Sounan" and was still fuzzy about what had happened to the divine Ms. Ringo Shiina（椎名林檎）. She made quite a splash when she debuted at the turn of the century and then took some time off to have a baby and then she came back with her own band, Tokyo Jihen (Tokyo Incidents). However, as I was browsing through the CD shop in the basement, the staff started to pipe the maxi-single/mini-album over the speakers, and after hearing all of the three tracks, it didn't take too much arm-twisting to shuck out the yen. Plus, the cover of her swooning while the band rescued her just seemed so appealingly Ringo and retro at the same time.

"Sounan" made quite an impression...not that I was surprised. Starting off with a guitar lick that came from "The Twilight Zone", Ringo just jumped in the convertible that was the song and decided to take a drive through the very neighbourhood I bought her CD, up through Shinjuku and make a slight detour into Asakusa...and very much ignoring the fact that there was afternoon traffic. As the title suggests, it's a pretty frantic ride, but Ringo is adamant to get to where she wants to go. Her vocal delivery was just like as it was back in "Muzai Moratorium"（無罪モラトリアム）with those interesting twists and turns. There may have been a band behind her but it still felt like the good ol' Ringo days.


The 2nd song, "Dynamite" was originally a Brenda Lee tune from 1957. I think there was an official music video to Ringo's version, and as soon as I heard it, I just thought, "OK, how far back into the time vaults did she go for this one?" I just imagined some sort of dangerous watering hole in Kansas City in the early half of the 20th century, and the very nonchalant Ringo handling herself with absolute aplomb there. I have to admit that I get quite a kick listening to her English as well as her famous growls. The video above also has "Dynamite".


A bit of a detour. Just for comparison's sake, here is Brenda Lee with "Dynamite". If that Wikipedia date of her birth is correct, she was only 13 years old when she exploded (no pun intended) with this song. Tom Glazer and Mort Garson were the songwriters here.

However, of the three songs on "Sounan", the one that finally got me to part with my cash was the final track, "Kokoro"（心）. Although it is directly translated as "mind" or "soul", the Wikipedia article on the single stated that it "...was given the figurative translation "Spiritual" in English." with the source being at this page. Whatever the winning word is, I liked it since there was another retro feel to it but not of Showa Era kayo....there was more of that feeling of 1970s US radio music. Plus, I enjoyed that lush piano intro along with that jazziness during the instrumental bridge. Compared to the first two songs, "Kokoro" had that laidback air and Ringo was in a groovy mood. I have to admit that I listened to this one song back-to-back.


Aside from "Dynamite", the singer-songwriter took care of the other songs. The whole single got as high as No. 2.  I have yet to buy any further Tokyo Jihen albums or singles but with this particular one I purchased, I was definitely not feeling any sounan. 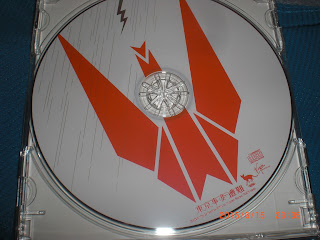