I saw this performance not on this past week's "Kayo Concert" but the one the week before when the theme was on duets, so it was Yuuki Seguchi and Airi Suzuki（瀬口侑希・ 鈴木愛理）above (sorry, but that video has been taken down but here's Mieko Hirota's version) who performed this summery and sepia song titled "Suna ni Kieta Namida"（砂に消えた涙...Tears In The Sand）. I found out from the introduction that it was originally done by The Peanuts.


So it wasn't too difficult to find the YouTube video with The Peanuts' performance of "Suna ni Kieta Namida" from 1965. It is vintage Peanuts but what I found interesting about the song was the arrangement since it sounded like the type of tune that Eiichi Ohtaki（大瀧詠一）and Mariya Takeuchi（竹内まりや）would perform a decade or so later. As I mentioned earlier, there is a laid back and summery vibe to the song that brings to mind those old "Beach Blanket Bingo" and "Gidget" movies that I used to see on Sunday afternoons. Strangely enough, I couldn't find the song as a single release but perhaps it was inserted into one of their albums.

In the same year that The Peanuts released the song, singer Yukari Ito（伊東ゆかり）gave her own version of "Suna ni Kieta Namida". I actually like this version even more than The Peanuts' take since it's even more relaxing. Ito's velvety voice also helps in that regard. Kenji Sazanami（漣健児）provided the Japanese lyrics, but as you can hear on this version, Ito sings part of the song in Italian.


The reason for this was that the song had first been sung by legendary Italian songstress Mina in 1964. "Un buco nella sabbia" was the title which meant "Hole In The Sand". The original songwriters were Alberto Testa and Piero Soffici.


Well, I did mention Mariya Takeuchi, didn't I? Just by happenstance, I discovered this old video of her and Kaguyahime's Kousetsu Minami（南こうせつ）doing their own sweet duet of the song. Not sure how long this will stay up, so savor the moment. 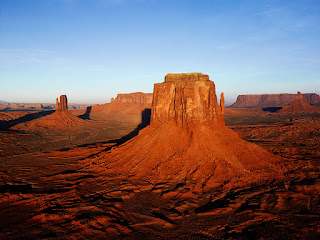