Although I've heard a lot about this NHK anime titled "Card Captor Sakura"（カードキャプターさくら）, I have never seen a single scene, let alone an episode of it. My anime buddy, though, has told me that it is somewhat like a spiritual predecessor to the entire "Precure" franchise.

However, during the regular part of our Sunday routine which involves listening to anison for about an hour, one song has popped up now and then which has been very pleasing to my ears, and that is "Honey" by singer-songwriter chihiro. It apparently was the 2nd ending theme for "Card Captor Sakura".


Released as a single in May 1999, I was a little surprised to hear that it was a theme song for an anime that appeared to be aimed straight at girls younger than 5 years of age since it sounded like a sunny pop song for couples on a weekend. No matter. "Honey" is still a nice little tune that is as sweet and mellow as its liquid namesake.

As for chihiro herself, I couldn't really find anything about her. The links for her took me on a wild goose chase including one that led me to a Wikipedia article on some sort of Microsoft-based thingie or other. I had thought that it may have been singer Chihiro Yonekura（米倉千尋）but listening to some of her stuff on YouTube and then checking her biography on Wiki, it was evident that it was not the same lady.


The above video by Carol Belle is almost 6 years old but I gotta say "Wow!" She pulled off a fine cover of "Honey". All I can add is that I hope that she has gone places in her music career. 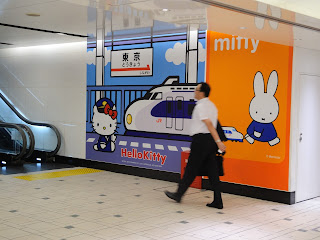