There was one song that I hadn't included on my article for Yosui Inoue & Anzen Chitai's （井上陽水・安全地帯）collaborative concert album "Stardust Rendezvous" and that was because I felt (and still do) that it deserved its own entry. I just thought it was that good. Having Inoue and good buddy Koji Tamaki（玉置浩二）throw out a cool blues tune sealed the deal for me.


The song is "Jenny My Love" and it wasn't an official single but a track on Inoue's 7th album, "Sneaker Dancer"（スニーカーダンサー）from September 1979. Inoue wrote and composed "Jenny My Love" seemingly as if he were truly in thrall with a lass named Jenny. The song does this slow simmer throughout its time punctuated with a few roiling boils when the line "Just walking in the rain" gets delivered and then that guitar solo sends everyone into the night sky. This would probably be a challenge for any Inoue fan/karaoke singer but the payoff would be excellent. As for "Sneaker Dancer", it went as high as No. 3 on Oricon.

I'm kinda surprised that no YouTuber has placed this song onto a video collage of Jennifer Lawrence yet. :) 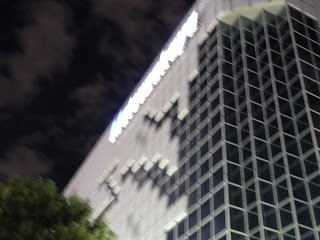