It may have been about 10 degrees cooler today than yesterday but I was still sweltering in my tiny room so I activated the old electric fan as I tackled my usual translations. After lunch, I decided to pull out one of the ancient 33 1/3 records and put it on the turntable. It was a set of 4 songs by Harumi Miyako（都はるみ）after which I learned that they were covers by other singers.

The last song on Side B was "Meigetsu Sataro Gasa" (Sataro in the Bamboo Hat Under the Harvest Moon...a bit long-winded, I know). There was a surprising dearth of information but what I could find out was that the above title first belonged to a historical novel written by Tatsuro Jinde（陣出達朗）in 1955 and apparently the novel was so well received that the story was adapted into a movie which came out later that same year in November. The theme song also took on the same title and was written by Naomi Matsuzaka（松坂直美）and composed by the famous Masao Koga（古賀政男）.

As I said, even the J-Wiki article on "Meigetsu Sataro Gasa" which had information on the cast and technical staff had pretty much bupkiss on the actual story. But from what I could glean from Matsuzaka's lyrics, it was the ballad of that lone wolf warrior of the Tokugawa Era, Sataro, walking through the countryside and his adventures.


The star of the movie was the late actor/singer Kokichi Takada（高田浩吉）from Amagasaki City, Hyogo Prefecture. Starting his film career in 1930 at the age of 19, he was called "The First Singing Movie Star" and so, not surprisingly, he recorded the title song for his 1955 movie. From what I could gather from the gentle melody was that he may have had a few run-ins with ruffians but otherwise, Sataro's life wasn't exactly the most traumatic of experiences.

Although his list of movies is a fair bit longer, Takada did release several songs as official singles between 1935 and 1957, and he even appeared as a performer on the Kohaku Utagassen in successive years in 1957 and 1958. He passed away in 1998 at the age of 86.


There probably have been a number of covers of the song "Meigetsu Sataro Gasa" such as by the aforementioned Miyako (which I unfortunately couldn't find on YouTube). However, I did find a cover of the ballad by enka singer Miyuki Kagajo（加賀城みゆき）who originally hailed from Ishikawa Prefecture. I don't know when her version was released although her career began in 1966 under Japan Columbia. Her version does remind me a bit of the cover that Miyako provided on that 33 1/3 record today. 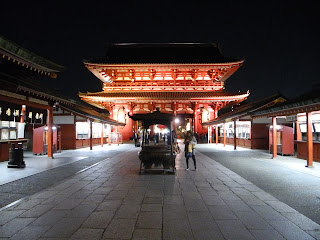