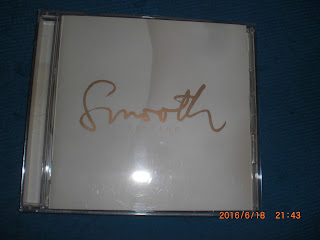 I picked up this compilation CD titled "Smooth Vintage" back in 2003 just from looking at the lineup. There were indeed some smooth and groovilicious tracks including Toko Furuuchi's（古内東子）"Distance" and Masayuki Suzuki's（鈴木雅之）"Misty Mauve". It's been a long, long time since I listened to this one and a few days ago, I was happening to return one other disc back to its rightful place when I saw "Smooth Vintage" again and pulled it out. There were quite a few songs and singers that I had to re-acquaint myself with.


And that included the first song, "True Lies" by Yoko Kuzuya（葛谷葉子）. Listening to it again, I mentally smacked myself upside the head, wondering why I would ever forget something this sultry and slow funky. This was Kuzuya's debut single from August 1999, a song that she composed and wrote and a song that I should be equating with some of the soul-good material from divas such as Misia, bird and Momoe Shimano（嶋野百恵）.

Right from the introduction percussion and Kuzuya giving that soft howl (also love the bass, by the way), "True Lies" had me strutting my shoulders for a nice little workout in front of my computer. Her lyrics talk about a woman who's caught between a jerk boyfriend and a hard place...she hears about these terrible things about him that are most likely true but she is really hoping that they are not. It's a pretty cool way to listen to romantic distress. The song was also in her debut album "MUSIC GREETINGS VOLUME ONE" which came out in September 1999.

Email ThisBlogThis!Share to TwitterShare to FacebookShare to Pinterest
Labels: 1999, J-R and B, Single, Yoko Kuzuya