(only an excerpt from the album)

My only knowledge about singer Michiru Kojima（児島未散）was through her moody hit single "Gypsy" from 1990. As I mentioned in the article for that song, I had first witnessed the video for it on early-morning television while I could see my own breath being reflected through the light of the TV in my freezing bedroom. Moody atmosphere, indeed.

However, I've been catching some YouTube coverage of Kojima's earlier material for the first time recently. And it's been somewhat of the revelation since listening to songs like the above "Ocean Blue", she was initially working with some breezy summer material when she debuted in the mid-1980s. In fact, her vocals sounded quite aidoru-like at the time. But I will categorize "Ocean Blue" as a summery pop song which was written by the ever-prolific Takashi Matsumoto（松本隆）and groovy composer Tetsuji Hayashi（林哲司）. With Hayashi creating the melody, I could definitely hear the Omega Tribe influence, and that backup chorus sounded a whole lot like the drummer from CCB was helping out.

"Ocean Blue" wasn't her first single but the first track on her debut album, "Best Friend" which was released in September 1985. It may have been first sold at the end of the hot season but it seems like the producers wanted to keep the good summery times going a little longer with this album. 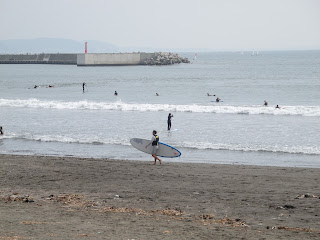