When I was in the midst of writing up the article for that City Pop album, Makoto Matsushita's（松下誠）"The Pressures and the Pleasures" the other day, I came across this YouTube video of 1980s aidoru Maiko Ito（いとうまい子）. She was performing her 6th single, "Yasashii Kizuna" (Gentle Bond) from June 1984 (almost exactly 32 years ago...those gray hairs are just growing in as I write), a song that was arranged by Matsushita. When he was not strumming away and making these urban contemporary wonder songs, he was also helping out aidoru with their tunes.


And "Yasashii Kizuna" had quite the songwriting pedigree behind it. Not only was Matsushita in there, but veteran lyricist Masao Urino（売野雅勇）was providing words and Anzen Chitai（安全地帯）vocalist Koji Tamaki（玉置浩二）made the music. Especially with Tamaki and Matsushita involved, I guess it was no surprise that the song had that certain downtown feeling along the lines of anything by Tetsuji Hayashi（林哲司）. In fact, there was one part of the song that sounded a bit like an old tune by Donna Summer. Nope, Ito wasn't exactly the greatest interpreter of the song but, hey, she was an aidoru and sounding a bit off-key was almost essential to be identified as that perennial Japanese teenybopper. Still, comparing her vocals to the ones she gave the only song that I had identified her with, "Aki no Hohozue"（秋のほほづえ）, she did drop her voice and gave it a bit more velvet. Not bad at all.

I didn't see any Oricon rankings for the song so it probably didn't make much headway, and Ito never threatened anyone's position on the top of the aidoru leaderboard such as Seiko and Akina. However, I am glad to make the acquaintance with this particular tune and add the 2nd Ito entry to the blog. 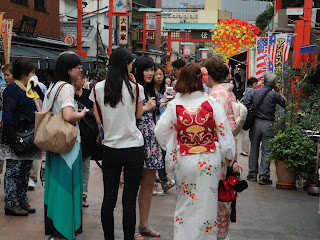