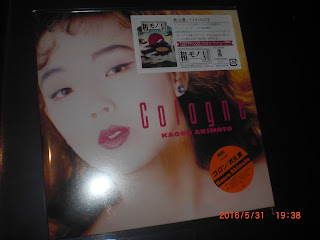 Another one of my purchases was the above CD, "Cologne" by Kaoru Akimoto（秋元薫）. I had already written about one famous track, "Dress Down" , late last year and at the time, I mentioned that "Cologne" would probably be another one of those rarest-of-the-rare discs to track down. Well, strangely enough, the album was re-mastered into CD format and started selling not too long ago. Opportunity not only knocked but threw a battering ram into my door.


I took an initial listen to "Cologne" a couple of days ago and though my first impressions were of the "wait and keep listening" variety, the tracks were pleasant enough so that I haven't regretted plunking down the yen for this one. Case in point: the first full track of "Narcissist". The first half of this fairly urgent and urban song was rather run-of-the-mill until the guitar came in midway and Akimoto did a nice change in key for some seconds.

Akimoto wrote the lyrics for "Narcissist" (as she did for all of the tracks on "Cologne") about a young woman who is always painting her face and the town red but feels hollow and scared inside. Singer-songwriter Kenjiro Sakiya（崎谷健次郎）came up with the nighttime melody. It's not quite as champagne synth-happy as "Dress Down" but considering the lyrics, perhaps happy synths were not the thing here. Sakiya also provided backing vocals on the album along with one other fellow whose star was about to ascend, Toshinobu Kubota（久保田利伸）. 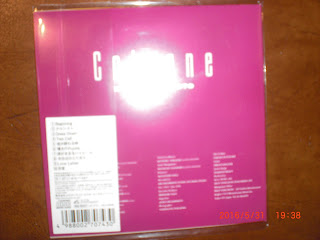