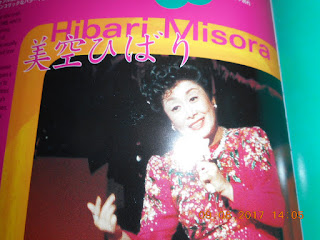 I don't think I had ever come across a song that would place the weed on such a high pedestal but I did find one.


Not that I was looking for a number that paid tribute to the botanical outcast in the first place. Actually I was searching around for a Hibari Misora（美空ひばり）song. I think we've managed to cover her biggest hits for the most part on the blog but Misora had a career that spanned from the late 1940s into the late 1980s so I figure that she must have had many many more jewels to be re-discovered.

And so I think I have found one right here. I never heard of it but her "Zassou no Uta" (Song of Weeds) is one of her mighty songs of pride along the same lines as "Yawara"（柔）and "Jinsei Ichiro"（人生一路）. Released in April 1976, Misora sings about all the trials and tribulations that she has gone through to reach her heights and that just like the unnamed plants that populate the roadsides of Japan, she has refused to be trampled down and has continued to stand proudly.

If I were to describe the arrangement of Minoru Endo's（遠藤実）melody, it would be grace and strength. And perhaps Kazue Kato's（加藤和枝）lyrics might be describing the life of Misora herself. It's still an enka tune but I could pick up some of those 1970s-style kayo drums and those strings provide an epic sheen on the proceedings.