Soichi Noriki -- Do What You Do 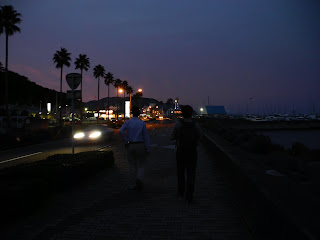 Sunday night and another weekend is coming a close. JTM and I got together for another two hours of talk, and part of the conversation dealt on what our latest purchases in the world of Japanese music were.


Well, I think I already know which item will be on my GET list although this could be another one of those rare albums that could need a good amount of money to acquire. I encountered this one purely by accident on YouTube last night but on hearing that sublime groove thing happening, I needed to know who this fellow was.

Found out that "Do What You Do" was a track on an album titled "Noriki" recorded by Kyoto-born pianist Soichi Noriki（野力奏一）. Debuting in 1974 in the musical group Bellamy All-Stars（ベラミ・オールスターズ）led by his father, Noriki also participated as a session musician alongside fellow artists such as saxophonist Sadao Watanabe（渡辺貞夫）and jazz trumpeter Terumasa Hino（日野皓正）. He also helped out in albums by Tatsuro Yamashita（山下達郎）, Yutaka Ozaki（尾崎豊）, etc.

That's pretty much all of the information I could get from his J-Wiki file although he does have his own website Noriki Studio. However, there's no disguising the fact that I'm really enjoying the tracks on his debut album from 1983, "Noriki", starting with "Do What You Do". I can definitely categorize it as City Pop but there's also that taste of American 80s funk in there. Plus, from the information on one other blog, I found out that the female vocals were provided by Yurie Kokubu（国分友里恵）, a singer that I've come to associate quite nicely with the genres mentioned.

Always love it when I discover someone new and cool.
Posted by J-Canuck at 10:24 PM