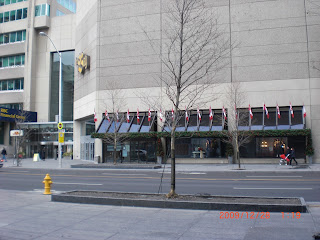 Nice to be outside in temperatures today which didn't require being hermetically sealed from bitter cold. It got up to around +5 degrees Celsius which was downright torrid for us this season although I'm sure Tokyoites would blanch in abject fear on hearing that figure. From what I've gleaned, my old city mates are in for a bit of a snowstorm on Monday.


For an 80s music guy like me, when I hear the title "Gloria", I immediately conjure up some good memories of the late Laura Branigan and her huge hit from 1982. I was a pretty big fan of hers during her time in the limelight.


Earlier tonight, I caught another episode of "Banana Zero Music"（バナナ♪ゼロミュージック）, and there was a special guest. He rather ambled onstage looking like an ancient glam rocker in a leopard skin outfit and fluffy blonde hair. This was Juichi Morishige（森重樹一）, aka ZIGGY.

ZIGGY started out in 1984 as this band centered around Morishige in some very gaudy garb and crazy hair. So perhaps visual kei may have had part of its ancestry when these guys started to play. I had heard of the band before but really didn't know any of their music way back when. I couldn't imagine what a lot of folks in Japan thought at the time.


During a recap of ZIGGY's career, one song by them was played that I soon recognized as a popular one among my old students back in Japan. Having been a regular member of the teacher-and-student karaoke contingent, I did hear this one played quite a lot while the students sang themselves hoarse. And this was "GLORIA", the other "Gloria" to go with Branigan's in terms of doppelganger titles.

I was happy to finally hear the real McCoy being performed. To be honest, I didn't think of "GLORIA" as being so hard rock...more like rock with a bit of pop in there although I wouldn't be sure whether Morishige would bludgeon me with his axe on hearing that sort of comment from me.


"GLORIA" was released as not only ZIGGY's 2nd single from May 1988 but also as their 5th single from July 1989. That second release was due to it being used as the theme song for a Fuji-TV drama. Morishige was the one behind words and music and according to J-Wiki, the rest of the band had initially been rather unhappy with "GLORIA" since they thought it sounded a little overly kayo.

Well, Morishige stayed the course and kept the faith, and "GLORIA" ended up becoming the band's most successful single, hitting No. 3 on the Oricon weeklies and selling a shade under 330,000 copies. It also became the 19th-ranked single for 1989. The song also appeared on ZIGGY's 3rd album "HOT LIPS" from May 1988. It peaked at No. 12 on the album charts.

The band had its initial run between 1984 and 2008 with sporadic returns in the 2010s, most likely for tours. All of the original members have gone their separate ways so it's just Morishige as the lone pioneer.
Posted by J-Canuck at 9:27 PM