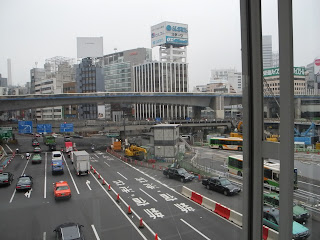 I guess there must be a thing for the combination of words that goes Sentimental City Romance. Not only has there been a long-existing band by that name but there have been two songs at least with that title, one of which I spoke about yesterday.


The other song is this "Sentimental City Romance" that I'm musing about here. I was actually looking up the debut number by the band Sentimental City Romance when I saw this song with the popular title on the right side. Out of curiosity, I gave it a spin and enjoyed it right then and there. Considering its release date of December 1999, I started thinking Shibuya-kei and perhaps even a new example of City Pop but then reconsidered that this particular tune doesn't go too far into either genre so I just put it in as pop.

Still, Osaka-born and Ibaraki-raised singer-songwriter Kohei Dojima（堂島孝平）does a nice job of providing his corner of sunniness through "Sentimental City Romance", his 13th single. And I guess one other reason that I thought Shibuya-kei was that Dojima's vocals and perhaps even the arrangement with the horns reminded me a bit of one of the prime acts of that genre, Flipper's Guitar. In his biography on J-Wiki, it's said that his music incorporates neo-acoustic, soul and jazz, and I could hear some of that middle category in "Sentimental City Romance".

The single was also included in his 6th original album "Tasogare Espresso"（黄昏エスプレッソ...Sunset Espresso）from March 2000. I just listened to samples from the album on Amazon.jp and I think it might be a future purchase. Plus, Dojima was also responsible for an anison that I have heard before but I will talk about that later on.
Posted by J-Canuck at 3:09 PM