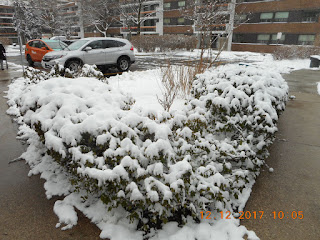 "Yukiguni"（雪国）by Ikuzo Yoshi（吉幾三）has remained my juu-hachi-ban at karaoke all these decades. But I have discovered a near-namesake of sorts done by one of the other great men of kayo.


"Yukiguni no Machi" (Town of the Snow Country) is another ballad by Yujiro Ishihara（石原裕次郎）from September 1965 that has the Tough Guy crooning about a lost love while he's in some sort of onsen village during the winter. Despite his sadness, I can only envy him since I have never been in the middle of one of Japan's most seasonally picturesque scenes.

This particular song sticks out to me since it's more along the enka/kayo end of things than his usual Mood Kayo numbers. The music by Kenroku Uehara（上原賢六）is arranged to bring in that feeling of swirling snow and wind thanks to the fluttering flute and perhaps even that haunting organ. Shiro Hagiwara（萩原四朗）provided the lyrics here.

My anime buddy actually went to Aomori Prefecture during his last trip to Japan in January 2017. A lot of my family and friends (and even some of the folks he met up in the area by his admission) remarked that he was frankly nuts to do so due to the snow up there, and it just so happened that a winter storm blanketed the area when he arrived. So even he was considering his mental state when he first hit Hirosaki but as it turned out, he was able to get some great seasonal photos. He's back there again even as I type but this time, he is more than happy to go to relatively warmer climes by heading to Ito in Shizuoka Prefecture.