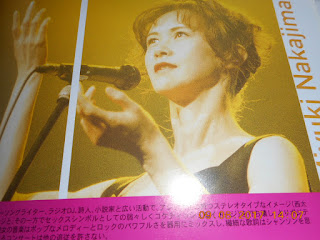 Supposedly, today is Blue Monday. Somehow, sociologists or other folks in other sciences determined that the third Monday in January is saiaku due to the long night, wintry weather and the credit card bills rolling in due to all that Holiday cavorting the previous month. Well, my bills will most likely be arriving in the next few days and the other two conditions have been met. But I'm not feeling particularly down at all...I'm furiously knocking on the wood on my desk right now.


Before I get onto this article's song, allow me to give you some background. Between September 2014 and March 2015, there was the usual NHK 15-minute morning serial drama, and it was called "Massan"（マッサン）, about a young man Masaharu plowing through all sorts of obstacles (a common trope in the NHK asadora) to set up the Nikka Whisky Distilling Company a century ago while his wife from Scotland, Ellie, gets accustomed to life in Japan. "Massan" had the distinction of being the first NHK morning serial to feature a non-Japanese thespian as a co-star, and during my 2014 trip to Japan, I kept seeing the lovely visage of Charlotte Kate Fox on the screen in the dining hall of my hotel while I was having breakfast. The above video is from the variety show that immediately follows the serial drama, "Asaichi"（あさイチ）, and the program featured here was just after the final "Massan" episode, and apparently there wasn't a dry eye in the studio...even Fox's interpreter needed a ton of Kleenex.


As I said, today is Blue Monday. Well, I think on a day like today (especially over here when we're expecting another good dousing of snow tonight), something to bring the spirits up is in order (a bit of a pun here).

NHK approached singer-songwriter Miyuki Nakajima（中島みゆき）early in 2014 to come up with an encouraging tune for not only Masaharu & Ellie but also for all those Japanese people who keep fighting the good fight. I think judging from her success with "Chijo to Hoshi"（地上の星）, the theme song for another NHK program and itself an anthem to all those hardworking entrepreneurs out there, the network was hoping for yet another inspirational paean from Nakajima.

Nakajima, who I will always envision now as a Japanese version of Britannia with her shield and trident since she has been coming up with these songs of pride and defiance, did indeed come up sevens once more with "Mugi no Uta" (Wheat Song). Recruiting a Japanese bagpiper to get that Scottish aspect, the singer created a less defiant but still very proud country-style song of cheer which had me feeling like I needed to salute that bottle of Canadian Club in the family wine cabinet. Joking aside, it is a pretty heartwarming song.

Her 44th single, officially released in October 2014, hit No. 5 on the Oricon charts and became the 49th-ranked song for 2015. "Mugi no Uta" is also available in her 40th album from November 2014 "Mondaishuu"（問題集）which can be translated as "Collection of Problems" or "Workbook". That release peaked at No. 4. The song even made its way onto the Kohaku Utagassen with Nakajima making that rare appearance.
Posted by J-Canuck at 8:27 PM