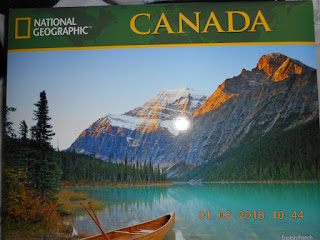 Did see "The Last Jedi" yesterday. Despite some nice scenes, I could only give it 5 or 6 out of 10 frankly speaking. A lot of logic lacking, it has.


It's a Sunday so perhaps it would be pleasant to have a couple of tunes by Sing Like Talking today. Just about 6 years ago, I wrote about SLT's 8th album from 1995, "Discovery" and the fact that it was indeed a discovery. There have been a few tracks left out and one of them was "Keeps Me Runnin'", a good and tight AOR number with a fine brass section positing in some spike. It's still pretty mellow although it keeps up a good clip with Chiaki Fujita and Chikuzen Sato（藤田千章・佐藤竹善）behind words and music. Furthermore, according to some of the comments, it does get some of the folks runnin'.

I could never find this on YouTube or on any of the other video sites but I finally have to mention SLT's marvelous cover of "Time After Time". Yes, Cyndi Lauper's "Time After Time". I remember hearing and seeing the original version countless times on television here since it was such a popular ballad following her breakthrough "Girls Just Wanna Have Fun" in the early 1980s.

My personal opinion but I think Chikuzen and company's take on "Time After Time" makes the song even more appealing to me. Finding the song on the iTunes site, it's merely an excerpt but it's good enough to let folks know what the arrangement is like. There is an influence from some Western band but for the life of me, I can't identify it (hopefully someone can help me out there)...is it Electric Light Orchestra, Tom Petty, George Harrison? In any case, that loopy and soaring refrain there is amazing. From what I could find out is that SLT's "Time After Time" was placed as one of the new tracks for the band's June 2001 BEST album "Round About".
Posted by J-Canuck at 12:15 PM