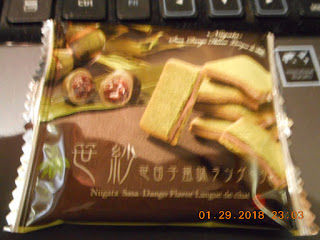 I thought the above Niigata bamboo dumpling flavoured Langue de chat confection that I kindly received from my lone student would be the ideal thumbnail image for this article since it is covering the opening and ending themes for a personally anticipated sequel to the snack-themed anime "Dagashi Kashi"（だがしかし）.


I've noticed a couple of the differences with "Dagashi Kashi 2". One is that the animation is slightly different; my anime buddy told me that this time the studio is trying to get it to resemble the original manga illustrations. OK, no problems there. However, the second difference was disappointing in that this time the show is only 15 minutes long compared to the full 30 minutes for each episode in the first season back in 2016. There is also a bit more drama in the proceedings along with the feeling of transition...that things won't quite be the same anymore.

First off, let me say that there haven't been any anison earworms this Winter 2018 season. Still, the opening theme of "Oh My Sugar Feeling!!" is quirky and pleasant enough so that it has grown on me to a certain extent. Sung by seiyuu Ayana Taketatsu（竹達彩奈）who voices the main character of Hotaru, it really does feel like the aftermath of gobbling down an entire bag of M&Ms in 5 seconds flat.


Written by Kanata Nakamura（中村彼方）, composed by Motokiyo and arranged by Kaoru Okubo（大久保薫 ）, this is Taketatsu's 10th single from January 2018. It peaked at No. 19 on Oricon.

The ending theme for "Dagashi Kashi 2" has had a bigger attraction for me. Once again, the ending credits have been quite colourful. But instead of the Alice In Wonderland theme (with dancing from Hotaru and Saya) from the first season's credits with Taketatsu, it's more a combination of Candyland and cheesecake among the female characters.


Plus, although "Okashi na Watashi to Hachimitsu no Kimi" (Weird Me & Honey You) hasn't quite had me running for the repeat button on YouTube, it is another sugar rush of a song by this aidoru group called Hachimitsu Rocket（はちみつロケット）that launched in 2014. I definitely don't need to get any Kit Kats for several hours after hearing this one.

Composed of 7 ladies in their late teens from the Kanto region, this song is just their 2nd single and it hasn't even been released yet. Release has been set for early March. Apparently, Hachimitsu Rocket originated from 3B Junior, the aidoru training department of Stardust Promotions. Momoiro Clover Z（ももいろクローバーZ ）and Shiritsu Ebisu Chugaku（私立恵比寿中学）were also founded through this department. "Okashi na Watashi to Hachimitsu no Kimi" was written and composed by Kenichi Maeyamada（前山田健一）. 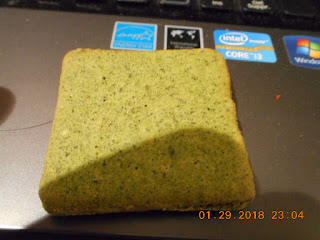