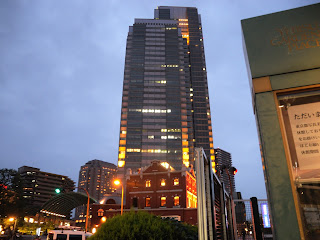 Always appreciate those tips from collaborators and commenters. The other day, Matt Gallais was kind enough to introduce me to the band Lamp, then he told me about this musician/singer-songwriter by the name of Minami Kitasono（北園みなみ）.


There's not a lot of insight into what makes the man tick in terms of his music outside some information on J-Wiki that he started getting into classical music from the age of 23 and that he has recently gotten interested in Baroque-age polyphony. But for me, what makes any singer interesting to me is an ability for his music to come from a variety of sources. That has been the case with Kitasono.

His "Yuugiri" (Evening Mist) from his 2nd mini-album "Lumiere" from July 2015 had me thinking everything from French jazz, Shibuya-kei, the music of Jamiroquai, J-soul from the early 2000s to even 1970s City Pop. A bit of Taeko Ohnuki（大貫妙子）of the early 1980s even came to mind. All that from one song.


Matt first sent me the link to a digest of his 2014 debut mini-album "Promenade" and was instantly attracted to it. Some very nice appetizers in there. As someone commented on YouTube, though, it would be nice if he made some full albums in the near future.And as I will comment, quoting from the immortal Meme Man, "cool and good". I gather that "Promenade" and even "Lumiere" will go onto my early Xmas list.
Posted by J-Canuck at 11:11 PM