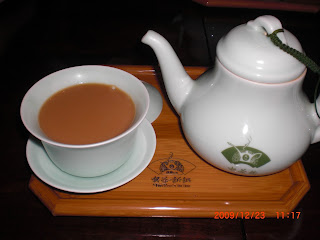 If I'm not mistaken, Chinese New Year is sometime next week. I'm not sure if I will be celebrating this with my anime buddy although he will be going out with his family for the usual Peking Duck dinner. There's nothing like a good dim sum around this time of year (or anytime, honestly speaking), and it's certainly a whole lot cheaper and more expansive than the variety provided in the Chinatowns in Japan (Yokohama, Kobe, etc.).


On that note, I found another J-Pop song based on Chinatown, titled simply "Chinatown" by a singer named Maiko Nakano（中野麻衣子）. Aside from the first several bars and one riff near the end, though, there really isn't anything that links the song to the area aside from the singing of the title and perhaps a lost romance there. Still, the melody and Nakano's vocals are pleasing to the ears with its urban contemporary feeling, and the arrangement I could automatically peg as belonging in the late 80s or early 90s. Sure enough, I did discover on the Amazon page that it was released in March 1991. The song sounds as if it belongs in that sophisti-pop scene from around that time period or perhaps it may have been categorized in that New Adult Music genre that I found out about recently.

But that was all I could find out about "Chinatown"...and the singer, for that matter. I could discover that it was a single for Nakano but otherwise, bupkiss. I don't even know who took care of the writing and composing. Apparently, though, a few copies are available on Amazon.
Posted by J-Canuck at 4:04 PM