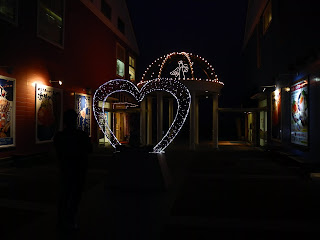 Well, I not only have done this blog for a little over 6 years and lived in Japan for most of the 1990s, and yet I completely forgot about this fellow! Gibbs slap upside the head for me.


But that's not exactly true. I did remember him as a part of visual kei band LUNA SEA. However, Ryuichi Kawamura（河村隆一）did have a mighty auspicious year as a solo artist. According to his J-Wiki entry, his first 4 singles, all released in 1997, were hits but arguably perhaps his most famous song was the last one to be released that year, "Love Is..."

I do remember seeing the music video for "Love Is..." make regular appearances on the rankings shows with cosmetic-free Kawamura pouring out his heart to the camera weekly. Now that I've heard the song again after so long, I'm kinda torn whether his hit was following a hymn or a classical piece such as Pachelbel's "Canon".


Whatever his intent, Kawamura definitely had the vocal power. I wonder if he had ever thought about a career in opera. Anyways, "Love Is..." was released in October 1997 and got as high as No. 4 on Oricon while managing to finish the year as the 44th-ranked single; not too bad for a song that was released 2.5 months before New Year's. He even got a quick invitation to the Kohaku Utagassen to sing this very song. Kawamura and Michiko Yoshida（吉田美智子）wrote the lyrics while Yoshida took care of the heavenly music.
Posted by J-Canuck at 8:58 PM