Kotoko -- World With Me 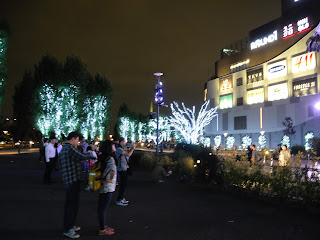 The last time I was at my anime buddy's house during the anison hour, I was privy to a song that I had never heard before. My friend told me it was straight out of the MMORPG "Phantasy Star Online" series, specifically as the ending theme for the second episode that came out in 2001.


He even showed me a commercial of the game which is apparently about a planetary colonization effort gone horribly wrong. For something that seemed like a sci-fi/horror a la "Alien", "World With Me" was quite the surprisingly comforting ballad. In fact, I probably would have imagined it more as a tune to be performed in a city nightclub.

"World With Me" was performed by singer-songwriter Kotoko who also provided the lyrics with music by C.G. mix. Kotoko was born in Sapporo and has been involved with a number of songs contributed to anime and video games. I have to say that listening to "World With Me", it still fits in with the story for the game about surviving against all odds while providing that Valentine's Day romantic feeling. It is February 14th tomorrow after all!