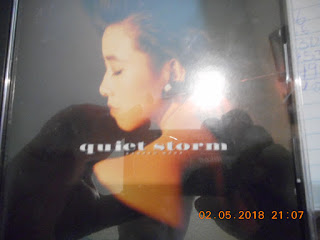 Kanako Wada's（和田加奈子）2nd album was "quiet storm" from 1987 and it was the first album by her to get onto CD after her debut of "Tenderness" on LP (and as far as I know, LP up to the current day). I didn't get it until a couple of decades later but I just had to complete my collection.


Listening to it again, I thought that "quiet storm" (and no, it's not patterned after the US genre with folks like Anita Baker) was the release where Wada started to stretch her musical muscles across the genres in contrast to her debut album in which she kept things pretty much to pop/rock. Mixed results here with this album especially with her vocals.

However, one song that I did like was the first track "Suna ni Kakareta Document" (Document Written in the Sand) which was placed (on the original LP, I gather) on the "Martini" side. A nice go at bossa jazz, Wada's voice hadn't quite reached that mellow low at this point but it still worked well here and listening to it a number of times since then, I thought that perhaps that the melded genre would continue to do good by her. Written by Kazumi Yasui（安井かずみ）, the melody was provided by saxophonist Yasuaki Shimizu（清水靖晃）who also provided his solo here.

Even happier days to come for Wada. 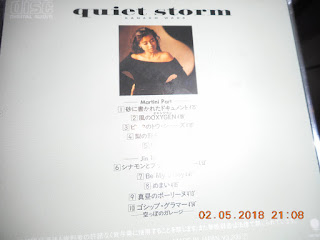