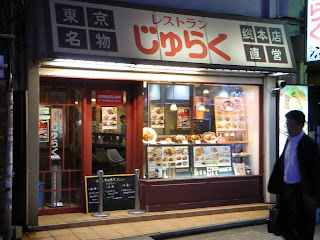 There aren't too many Japanese singers who can make fans weep right from the get-go. I can probably count them on one hand: Hibari Misora（美空ひばり）, Hideaki Tokunaga（徳永英明）and Koji Tamaki（玉置浩二）. And then there is enka singer Shinichi Mori（森進一）.


When he was young, Mori had that boyish face and puppy-dog eyes that could set tear ducts to kill. Then when he sang, that anguished warble in his voice would pretty much wipe out a lot of the audience right then and there.

I gather that one of his weapons was his 10th single "Hitori Sakaba de" (In A Bar Alone) from July 1968. The old-fashioned bluesy music by Kosho Inomata（猪俣公章）has that sad and somewhat tipsy feeling as if it were representing that poor guy down on his luck as heads to his favourite watering hole for solace, liquid or otherwise. Then, Shizuo Yoshikawa's（吉川静夫）lyrics of being the loneliest man in Tokyo, the city of millions even back then, probably finished everybody off.

The thing is, though, the song sounds like it was done in a major chord so there is also that feeling of hope perhaps done as a lullaby. The bartender, having his ear bent, could be giving the down-on-his-luck guy some very sympathetic replies and maybe even advice on how to get back on that horse again. "Hitori Sakaba de" peaked at No. 12 on Oricon.
Posted by J-Canuck at 9:20 PM