Taiyou to Ciscomoon -- Tsuki to Taiyou（月と太陽） 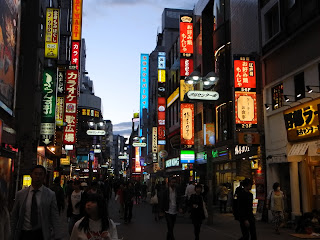 Marcos V. was the first contributor on "Kayo Kyoku Plus" to talk about the unique aidoru group Taiyou to Ciscomoon（太陽とシスコムーン）through his article on their 2nd single "Gatamekira"（ガタメキラ）. Though I remember seeing and hearing the group while I was living in Ichikawa, I had to be reminded that this was another one of Tsunku's（つんく）creations and therefore under the Hello Project umbrella at the time. As Marcos hinted, Taiyou to Ciscomoon seemed to be the elder sexier sisters for Morning Musume（モーニング娘。）.


Their first single was "Tsuki to Taiyou" (Moon & Sun), released in April 1999. Watching the sultry video above, it was interesting taking to heart Marcos' remark about the members of the group having a more mature image than their Morning Musume sorority. The somewhat insouciant expressions on their faces sent the message that they were gonna leave the Musume to play and fight over the last of the apple pie at home while they were going to party hearty at an expensive disco somewhere in Tokyo.

Marcos' other interesting observation was Taiyou to Ciscomoon taking over the wheel of what could have been Morning Musume's direction into more mature and funky stuff instead of their turn toward the happier disco material. There were instances of this sexier material in the earlier MM songs and I could only imagine what MM could have done if Taiyo to Ciscomoon hadn't been formed.

Tsunku wrote and composed "Tsuki to Taiyou" which got as high as No. 4 on Oricon. It was also recorded onto the group's debut album "Taiyo & Ciscomoon 1" from October 1999. This effort peaked at No. 3.
Posted by J-Canuck at 12:15 AM

Email ThisBlogThis!Share to TwitterShare to FacebookShare to Pinterest
Labels: 1999, Aidoru, Hello Project, J-R and B, Single, Taiyou to Ciscomoon, Tsunku