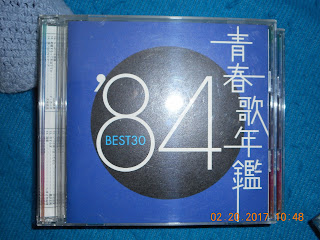 Got another in the string of Tetsuji Hayashi-penned（林哲司）City Pop numbers tonight. This time, it's Yoshimi Iwasaki's（岩崎良美）"What's Love?".

A track from Iwasaki's 8th album "Wardrobe" from September 1984, Hayashi's songwriter partner here was Chinfa Kan（康珍化）, and I recall that this duo was providing a lot of genre-similar numbers for other artists including Omega Tribe（オメガトライブ）and Momoko Kikuchi（菊池桃子）, I believe. Hayashi also handled the arrangement which is quintessentially City Pop from the beefy bass to the mellow keyboards involved. And from Kan, the lyrics involve a woman asking the titular question as she's falling deeply for that special someone. It's somewhat metaphysical transitioning into physical.

Listening to the younger Iwasaki here, I can still hear some of that resemblance to big sis Hiromi's（岩崎宏美）own great vocals, and I wonder if...really...whether by this point, Iwasaki should have even be categorized as an aidoru. Even with that first single back in 1980, "Aka to Kuro"（赤と黒）, that was also a City Pop tune as well and so I gather that the singer was already tackling some very cool, rather than cutesy, tunes. 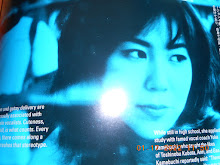