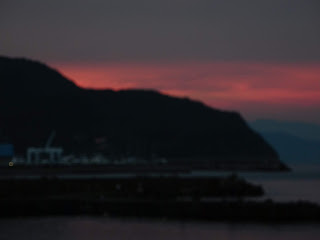 Several days ago, a commenter asked me about a song by singer/tarento Rie Nakahara（中原理恵）which has a karaoke version on YouTube. The only thing is that the karaoke version is...well...not the greatest-sounding, so perhaps when the original recorded version ever appears there, I will take another look at it.


Instead, I would like to introduce all of you to another Nakahara ballad that got onto her 2nd album "Killing Me" from December 1978 called "Dreaming Love". There are a few things that stand out about this one. For one thing, those boozy keyboards in the intro have always kinda haunted me in a good way, and then, the melody segues into this Motown soul of the early to mid 1970s punctuated with a French horn. That's a pretty interesting arrangement about a couple very much in love. In fact, the whole setting may have them sitting on a comfy couch in the dark while this very song is playing in some dandy apartment in Tokyo.

The final thing is that "Dreaming Love" was created by the potent duo of lyricist Minako Yoshida（吉田美奈子）and composer Tatsuro Yamashita（山下達郎）. It seems like anything those two put together comes off as pretty golden. Maybe the backing chorus could indeed be Yoshida and Yamashita as well.


Recently, I've been realizing that Nakahara had also quite the comical presence along with the romantic side of her. There are quite a few videos of her guesting on the Drifters'（ザ・ドリフターズ）old comedy-variety show. And here, she's playing a somewhat clueless cop against Chosuke Ikariya's（いかりや長介）bemused robber. Ironically, the late Ikariya would end up playing the venerable detective on the eve of retirement on Fuji-TV's "Odoru Dai Sosasen"（踊る大捜査線）many years later.
Posted by J-Canuck at 8:02 PM