Yutaka Yokokura -- The Look On Your Face 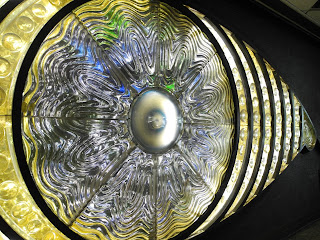 Of course, in a conurbation the size of the Greater Tokyo Area, there are plenty of landmarks where you can take photos. Tokyo Tower, Tokyo Sky Tree, Kaminarimon, the Gundam Robot behind Diver City in Odaiba...all very famous. Then, there is also the Shinjuku Eye, just west of the West Exit of JR Shinjuku Station and just before the long covered pedestrian corridor heading to the hotel district of the neighbourhood. Feel free to take some pics there although perhaps not during rush hour.


I have to say that singer-songwriter-musician Yutaka Yokokura（横倉裕）was rocking one major mullet a few decades ago. He has also been making some very soothing caipirinha-friendly tunes for years and years, including this second track, "The Look On Your Face" from his April 1993 album "Another Sun". Yokokura and Tracy Mann must have created this one for Sunday brunch enjoyment with its relaxing Latin beat.

Going through a Tokyo rush hour, having "Another Sun" within easy reach in a portable listening device is a healing blessing. Not surprising to find out that the Sergio Mendes produced the album.
Posted by J-Canuck at 3:06 PM