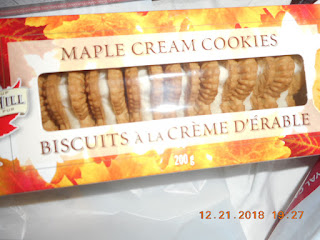 Welcome to a torrid Canada Day! I'm trying to keep things cool without a fan or air conditioner in my room by keeping the lights off and the blinds closed. It's not too bad, all told. Of course, being a national holiday means that I have a bit more time to consider what to put up here on the blog as a tribute to my home nation this year.


After a bit of a look around YouTube and the rest of the Net, I did discover this jaunty tune by adorable aidoru Agnes Chan（アグネス・チャン）. It's a track from her November 1977 album "Canada yori Ai wo Komete"（カナダより愛をこめて...From Canada With Love）, and I do remember that the Hong Kong native had spent some time going to the University of Toronto in my hometown. There was even a short news feature on Chan on CBC with the only thing that has stayed in my memories being that she was having a slightly difficult time with the English language. Well, that was then but I think she's perfectly fluent now and has been for decades.

In any case, the tune is "Kokoro no Kakehashi" (Suspension Bridge of the Heart), and I think her singing here is quite good. Written by Takashi Matsumoto（松本隆）and composed by Bread & Butter's Satsuya Iwasawa（岩沢幸矢）, it's quite skippy in that aidoru way but something about the arrangement by Motoki Funayama（船山基紀）has that certain element of the exotic kayo that was getting popular in the late 1970s. It reminds me of Machiko Watanabe's（渡辺真知子）classic "Mayoi Michi"（迷い道）which came out in the same month. 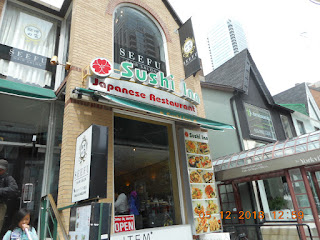 I can't be totally certain because it was such a long time ago, but the cover for "Canada yori Ai wo Komete" with Chan may have been taken in the tony Toronto district of Yorkville which isn't far away at all from the university. With the prices of restaurants in the area, I don't get to go there much but every time the Toronto Comic Arts Festival comes to town in May, my friends and I get some lunch at Sushi Inn in Yorkville. My impression is that Ms. Chan never got that opportunity to savor sushi in the neighbourhood back then.
Posted by J-Canuck at 3:49 PM