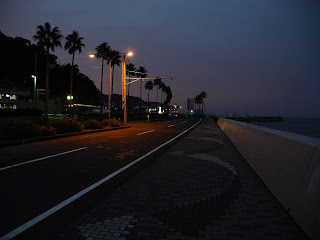 A few days ago, I hinted at providing such a list when I wrote about Lisa Ono's（小野リサ）cover of "One-Note Samba". With the passing of bossa nova legend João Gilberto along with the influence that the genre has had on kayo over many years, I've decided to join my fellow collaborators Marcos and Joana, who have given their own Author's Pick lists in the last few days, and give my own list about some of those Japanese songs with the kiss of Brazilian music.


My awareness of bossa nova has been in existence since I was literally a baby since I do remember hearing the classic "Girl From Ipanema" by Antonio Jobim. However, Ryoko Moriyama's（森山良子）"Ame Agari no Samba" is probably the first time I've heard the bossa nova treatment being given to a kayo kyoku, and that was through the radio program "Sounds of Japan" back in the early 1980s.


Along with songs like the above "Ame Agari no Samba" which have their own articles here on the blog, I'm also inserting some new discoveries such as this one by the acoustic guitar duo Gontiti（ゴンチチ）. I was going to include their "Honto no Uso"（本当の嘘）which is their splendid collaboration with PSY-S, but I knew that Gonzalez and Titi had plenty of more fine bossa/samba in their vast discography, so looking around a bit, I was able to find this pretty lively affair called "Natsu no Riyuu" (Summer Reason) from their 2007 BEST album "gontiti Super Best 2001-2006"（gontitiスーパーベスト2001-2006）from 2007. I just didn't want to put up only the languid songs, and "Natsu no Riyuu" has more of a happy skip down the beach rather than just the gentle swaying of a hammock. Strangely enough, "Natsu no Riyuu" reminds me somewhat of some of the soundtrack from the anime "Amanchu!"（あまんちゅ！）which Gontiti produced.


Couldn't have asked for a better band and better vocalist to really tap into the romantic side of the genre than Anzen Chitai（安全地帯）and Koji Tamaki（玉置浩二）. This was the title track from their 1988 "Anzen Chitai VI" album, and listening to it after so long, some of those nostalgic vibes of being driven home in my friend's car after another long Friday night extending into Saturday morning returned. Perhaps for other folks, the images might include that trip on the dance floor after a few cocktails.


The above is the long-form version of "LIFE" (2000) and it would be one of the only inspirations that I would have for actually getting up and participating in a samba. However, I do have compassion for sighted people, so I will refrain if asked. All joking aside, "LIFE" through the magnificent tandem of Mondo Grosso and Bird is one fun song, and I can only wish that my life could be as wonderful and happy as the song is expressing.


A touch of Henry Mancini class with this 1976 bossa kayo, "Douzo Kono Mama", that is the most famous song by singer-songwriter Keiko Maruyama（丸山圭子）. This was another discovery from "Sounds of Japan" all those years ago, and whenever I hear it, I think of a very ritzy but sedate bar serving martinis as their best cocktails. Young Sean Connery, Peter Sellers, and Audrey Hepburn are more than welcome here.


This is another new entry here and it's a really nice bossa nova number by singer-songwriter Taeko Ohnuki（大貫妙子）. Ohnuki has created and recorded Latin-influenced songs in the past but I recently found "Voce é Bossanova" from her 1988 album "PURISSIMA" and felt that I needed to put it here. I find that her vocals became a little more whispery and more halting from around the mid-1980s, and as such, they became more fitting for the genre.

My final entry for the article is yet another song that hasn't seen the light of KKP before but it comes from my lone Shoko Aida（相田翔子）album "luz" from 1997. "Mezamemashou" (Let's Open Our Eyes) was well-titled since it was an eye-opening revelation for me as someone who was in Japan when Aida and Sachiko Suzuki（鈴木早智子）had their heyday as the successful aidoru duo Wink. I and probably most of Japan had no idea that Aida was a huge bossa nova fan, but she created most of the tracks on "luz" including "Mezamemashou" with Hiroyo Watanabe（渡邉浩世）helping out in the composition. The singer has that pleasant lightness in her voice perfect for bossa nova ballads.

My fellow collaborator and administrator, Marcos V., placed his own Aida bossa tune, "Jóia" from her previous solo album of the same title. In fact, the article was his first as a contributor on "Kayo Kyoku Plus" all the way back in early 2013.

Of course, there are many more bossa/samba-influenced kayo that I've covered in other articles, so this is just a sampling.
Posted by J-Canuck at 10:41 PM