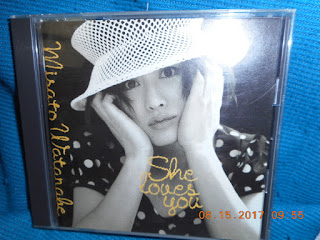 Before the summer does peter out next week, I need to get some of those seasonal tunes out of the way. I was rather surprised that I hadn't covered another summery Misato Watanabe（渡辺美里）tune. The last one that I did that was dedicated to her was all the way back in January.


And this one is another inspirational one called "BELIEVE" which was Misato's 7th single from October 1986. When I think of her early songs from the 1980s, I always come up with sweet, innocent and spunky, and "BELIEVE" has all that. Not surprisingly, this was another collaboration between the singer (lyrics) and Tetsuya Komuro（小室哲哉）on music.


As well, with her songs, I always think that there is some heartwarming and spirit-renewing story behind the words and music. It usually involves high school kids going up against all odds (underconfidence, stodgy teachers, student rivals, etc.) to get that prize at the cultural festival or the sports meet. The TV producers must have felt that way since "BELIEVE" was used as the theme song for the TBS drama "Tsuukai! OL Dori"（痛快!OL通り...Thrilling! Office Lady Avenue）, although the setting is in an apparel company.