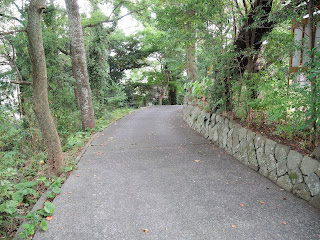 In the years of doing this blog, I've written about the hit makers and those who haven't quite made it under the bright lights of fame but really have a nice story to tell through their music.


For me, the duo of Nanamusica（ナナムジカ）fits somewhere in the middle. Although I never got to know them during my time in Japan, they have had some success via Oricon, and I've been enjoying this one song by them called "Ame Nochi Hare". Now, an interesting about the translation. Knowing my way around weather in Japanese, when I saw the title, I immediately translated it as "Rain Then Sunny" but then when I threw in the plain hiragana into the Google translation machine, it came out as "Tears" for some reason. I think either translation could fit the lyrics of the song.

Speaking of the lyrics, both them and the music were provided by 243. The music is something that I like because it does sound so soothing and introspective with a beat...kinda like being in a comfy rocking chair by the window. Plus, the lyrics are encouraging ones about how it's often the darkest before the dawn and how one person wants to bring his or her friend up from the depths. Kozue Nishijima（西島梢）, the main vocalist, and Yuri Matsufuji（松藤由里）, on piano and chorus, bring a gentle and folksy harmony.

"Ame Nochi Hare" was a track on Nanamusica's sole album from April 2006, "Yubana"（ユバナ...Flowers of Sulfur）which peaked at No. 17 on Oricon. During their time together between 2005 and 2007, the duo also produced 6 singles. Nishijima is currently following a solo career, under the name Kozue（梢）.
Posted by J-Canuck at 10:19 PM