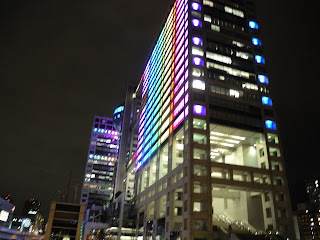 I wrote about this singer, Nami Hirai（平井菜水）, in the beginning of this year, because I was entranced by her brand of elegant pop music which seemed to stretch over the pop, City Pop and Mood Kayo genres. Yep, as for that last genre for those who know the stuff from the 1960s, perhaps it's a bit too much of a stretch, but listening to her "Tayumanai Yoru ni"（たゆまない夜に）, I couldn't help but feel that there was that surrounding atmosphere of shining lights and bars such as would be found in the sophisticated Tokyo district of Akasaka.


For that same article, I also noted that a few of her singles (although not "Tayumanai Yoru ni", which wasn't even an official single) were used as the ending theme for the NTV variety show "Shitteiru Tsumori?!"（知ってるつもり?!）. Well, this song for this article is one of those singles. "Kagayakitai kara" (Because I Want to Shine) was her 2nd single from September 1991, and as with that other number I wrote about, it has that sheen of urban and urbane gentle elegance. However, I think that Mood Kayo element isn't quite as noticeable here alongside the other two genres when compared with "Tayumanai Yoru ni".

Sawako Nishida（西田佐知子）was the lyricist here while veteran composer Takao Kisugi（来生たかお）came up with the dreamy night melody that could use with a glass of well-made sherry. I was surprised that "Kagayakitai kara" hadn't been chosen to adorn a commercial about jewelry or cigarettes instead. I mention the latter since all those Parliament cigarette ads often used those urban contemporary ballads. Anyways, this would be the song to decompress to after a long and fun night in Tokyo.

To finish my list of parallels, "Tayumanai Yoru ni" was the final track in Hirai's 2nd album "Te no Hira no Tanpenshuu"（てのひらの短編集）, and similarly, "Kagayakitai kara" turned out to be the last song in her debut album, "Yume no Silhouette"（夢のシルエット...Silhouette of a Dream）from October 1991.

For me, as much as the female rock bands and Shibuya-kei signified the early 1990s, I think this genre of classy urban music has also acted as a musical signpost for that time.