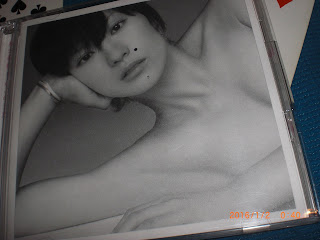 One of the things that I remember about Ringo Shiina's（椎名林檎）"Tsumi to Batsu" (Crime & Punishment) is the music video in which the singer-songwriter looked like some character from a 1970s yakuza movie (complete with katana) and there was a car sliced in half like some fish in a sushi restaurant. As we all know, Shiina always had some stunning music videos back in the day. Unfortunately, I couldn't find that video anywhere online.


Shiina slinking about in a teddy? OK, I can definitely live with that as well. "Tsumi to Batsu" was released as her 6th single in January 2000, and though the J-Wiki description (Wikipedia description right here) has it said that the original recording wanted to infuse some of that 1970s rock ballad style, the videos that I could find of her actually performing "Tsumi to Batsu" has it sounding more like a raunchy soundtrack from a 1950s film noir.

No complaints, though. I like the style and the lyrics certainly come across as if Shiina is relating the story of a woman who's been through the wringer of life and has been pouring out her guts to someone in some dive hidden in the big city. That ragged delivery of hers really is effective here, and the lady plays it up on the stage. I'm surprised that "Tsumi to Batsu" didn't end up getting dramatized on TV or in the movie theatre in some fashion.


I also like this lush orchestral treatment of the song, too, and I almost expect Michael Buble to suddenly jump right in. The song peaked at No. 4 and sold close to 550,000 copies. The single was also included in Shiina's 2nd studio album "Shouso Strip"（勝訴ストリップ...Winning Strip）from March 2000, and that album hit No. 1, ending up as the 3rd-ranked release of the year, selling around 2.5 million copies.
Posted by J-Canuck at 8:43 PM