I couldn't find the actual Kohaku Utagassen performance Akina Nakamori（中森明菜）did of "Nanpasen" (Shipwreck), her 19th single from September 1987, but the above video was about as close as I could find in terms of my memories of the mood, lighting and dress when she appeared on the 1987 show. And it was quite the showstopper for me. Nakamori had become the regular name for me in Japanese pop music with all of those amazing catchy hits, including "Desire" which I believe she performed the previous year on the NHK New Year's Eve special.

But her 1987 appearance was way different and affecting. I remember the lights going down low on the NHK stage, an ominous intro that sounded like a submarine sending out a ping signal in the deep ocean, and then Nakamori appearing all in lacy black as if she were going to a particularly high-class funeral. And then she delivered that ballad at a vocal depth that I had never heard from her before. It sounded like she was really digging into despair and heartbreak to bring that song out. Plus there was that richness to the music with that orchestra of Romanticism...this was no aidoru tune. I couldn't tear my eyes away from the screen.

The Kohaku Utagassen 1987 edition would be the first time that I heard "Nanpasen", and it has ended up as one of my biggest memories from the entire history of the show alongside seeing Seiko Matsuda（松田聖子）perform "Natsu no Tobira"（夏の扉）in the 1981 show and seeing both Red and White teams from the 1983 edition do their Latin version of "Begin The Beguine". If there had been an Internet back in the 80s, certain areas probably would have melted down from fans gabbing about that performance.

And the crazy thing is that I wouldn't find out until years later that Akina Nakamori's "Nanpasen" was actually a cover of Tokiko Kato's（加藤登紀子）"Nanpasen" from a few years earlier. Now, my knowledge of chanteuse Kato's body of work isn't nowhere near as extensive as it is for Nakamori's, but I knew that she had sung the evergreen folk hit of "Shiretoko Ryojou"（知床旅情）back in the early 70s and there was a half-hour on my old radio show "Sounds of Japan" which was dedicated to her in which she sang some rather eclectic tunes. But I had no idea that she was behind one of Akina-chan's most significant songs.

Kato wrote and composed "Nanpasen" as one of the tracks on her 23rd album from December 1984, "Saigo no Dance Party"（最後のダンスパーティ...The Final Dance Party）. The original version was quite interesting to listen to...it starts out sounding like a chanson but really feels like a lighter, less dramatic ballad than the sturm und drang of the arrangement for Nakamori. And listening to Kato sing this, I also wondered how someone like Miyuki Nakajima（中島みゆき）would have handled this as well.

According to the J-Wiki article on "Nanpasen", Kato seemed to have been quite insistent that Nakamori would be the perfect person to do a cover of her own song. Fortunately, the younger singer readily agreed. And as it turned out, Nakamori's version of the song brought in a lot of accolades including a Gold Prize at the Japan Record Awards, and Best Single of the Year honours at the Japan Golden Disc Awards. The song peaked at No. 3 on Oricon and was the 6th-ranked song for 1987,


A few months ago, Akina was the featured guest on the NHK music program "SONGS", in which the narrator focused on that 1987 Kohaku appearance. He mentioned that it wasn't just a special performance but an acting performance. I can agree with that. There was a certain impression of fragility that came to the surface when I saw her on the stage, an impression of her that has never really left me since that time. 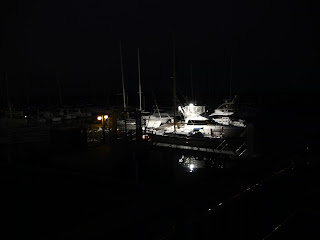