30 years ago as a university student, I was witness to the above scene when the Toronto Blue Jays clinched their very first American League East title. Yup, it was quite the magical moment, and then of course, some years later, we had those glory years of 1992 and 1993 when the team did it all and grabbed a couple of World Series championships. Then there was a long period of 22 years of not even making the playoffs. I guess it was as a good time as any to head to Japan for a couple of decades, eh?

But I'm glad I'm back now. The Jays did it again and just clinched the American League East about half an hour ago.

30 minutes ago, I probably wouldn't have been able to put up this article since my fingers would have been way too twitchy with excitement. But things have settled down so I can place something nice and soothing and inspiring. How about PSY-S' "Hana no Yo ni" (Like A Flower)? Written by Yukio Matsuo（松尾由紀夫）and PSY-S' Masaya Matsuura（松浦雅也）as the duo's 21st and 2nd-last single in February 1994, I think it's the ideal song for my current state of mind since it talks about making it through all of the ups and downs to a happy conclusion...just like my baseball team. And compared to some of their past high-energy material, "Hana no Yo ni" is a nice little cool-down tune vocalized wonderfully by CHAKA. This is kinda like meeting PSY-S at a cafe somewhere on a side street in Harajuku, although I think for most Jays fans downtown right now, they are most likely revving it up at the local watering holes. Not quite for me, though...I'll take a cup of that chamomile tea right by my laptop as I type this.

Ah, the song, by the way, was also a track on their final album to date, "Emotional Engine" from December 1994. 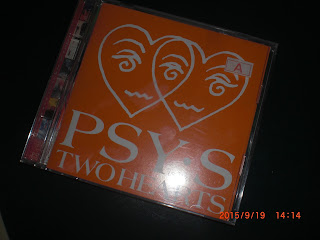