Well, last week, I had to give out some sad news from the world of Japanese show business, so I'm quite happy and a tad surprised to give out some good news for a change. I heard yesterday that actor/singer-songwriter  Masaharu Fukuyama（福山雅治）tied the knot at the age of 46 with 33-year-old actress Kazue Fukiishi（吹石 一恵）. From what I saw on NHK News, the reaction from women over in Tokyo was congratulatory with a bit of regret to see another eligible celeb bachelor go off-market. Hey, plenty of fish out there still.


So, what better way to commemorate the occasion than to put up one of his most successful hits, "Sakurazaka" (Cherry Blossom Hill) from April 2000? I was never a big fan of Fukuyama and the only other entry by me about him on "Kayo Kyoku Plus" is "Gang" which was a later single that I enjoyed for its old-style jazziness. However while I was in Japan, I couldn't deny that "Sakurazaka", his 15th single, was all over the airwaves. It was almost everyday that I saw that video of him looking out the patio window on the telly as he crooned this ballad which stubbornly stayed up in the upper echelons of Oricon.


"Sakurazaka" remained at No. 1 for 3 weeks and later became the 2nd-ranked song for 2000. It broke the 2-million barrier and it won Song of the Year honours at the Japan Golden Disc Awards, but apparently it wasn't enough for him to get onto the Kohaku Utagassen...or perhaps he declined the offer. According to J-Wiki (although there is no reference so I can't be sure about the ultimate veracity), he got the title from a Sakurazaka which was located fairly close to where he had used to live in Ota Ward, Tokyo. Apparently he liked the name so he thought about making a song about it someday. Once the song became a hit, so did that slope. It became a popular date spot with the couples, although I wonder what the noise level may have been like for the residents.

Especially when I hear Fukuyama sing "Sakurazaka", I've occasionally theorized that he could be the 21st-century version of actor/singer Yuzo Kayama（加山雄三）who has also been a charismatic crooner and songwriter since his early days as the big man on campus in the 1960s. There is a certain similarity between the two of them although it may just be me.

In any case, I wish him and the blushing bride my congratulations. 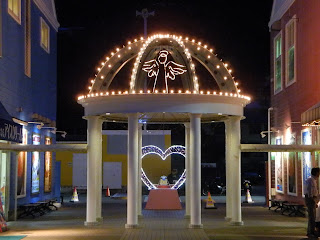