When I first discovered the high tones of Hideaki Tokunaga（徳永英明）, it was through the tapes of "The Best 10" that I had rented out at Nippon Video all those years ago. And the two songs that I would often see him perform was the lovely "BIRDS" and this one here by the title of "Kaze no Eolia" (Aeolus of the Winds).

And I would always be reminded of air conditioners with "Kaze no Eolia" since that was part of the raison d'etre for Tokunaga's 5th single from February 1988. It was used as the campaign song for National's Eolia AC, and if I'm not mistaken, the company was also one of the sponsors for "The Best 10", so the song got double promotion whenever Tokunaga appeared. Considering the release date, I gather that the marketing team at National felt that it was never too soon to get those customers thinking about safeguarding themselves from the oppressive heat and humidity that has always been part and parcel of a Japanese summer.


"Kaze no Eolia" was written by Akira Ohtsu（大津あきら）and composed by Tokunaga himself. The title referred to Aeolus, the God of Winds in Greek mythology, and the song had somewhat more of a mysterious edge to it compared to the innocence of "BIRDS". Watching the young Tokunaga above in the video, those puppy-dog eyes probably had the young ladies swooning and more than ready to assist.


The song reached No. 4 on Oricon and became the 52nd-ranked song of 1988. It also earned Tokunaga a prize at the 8th annual Japan Composers Awards in October of that year. The awards was one of the premier music awards shows during the 1980s but had its last celebration in 1991. 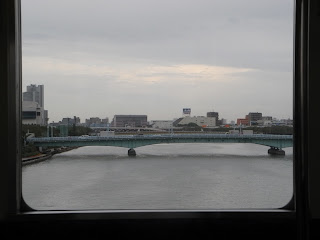