I recall fellow collaborator nikala writing about a Miyuki Nakajima（中島みゆき）song and remarking that the singer-songwriter's lyrics are often quite bittersweet (emphasis on the bitter) about romance and about the world at large. On reading this, I've started to notice that certain feeling with some of her songs and even the titles. And also with the song here.

"Abayo" (Farewell) was Naoko Ken's（研ナオコ）12th single from September 1976 which was written and composed by Nakajima, and I would probably say that it is downright bitter. The first two verses go as so:

There's nothing that says that guy is the world's best
As if nice guys were going out of style
For instance, over there in the neighbouring town
There are plenty of nice guys over there

So he's away today and tomorrow
What can you do if you're so hated
That he used such a transparent ruse
He's just putting on airs by saying farewell
Don't cry, don't cry, my love (for him)
That man, that man doesn't suit you

That sounds like a whole lot of "there's plenty of other fish in the sea" rationalization featuring a woman who's admonishing/reassuring herself in the mirror and not succeeding too well in the latter. She may be realizing that the marlin she just lost was perhaps the right guy for her after all.

I mentioned in a past Nakajima article that her melodies can sound either like a graceful ballet or a brusque tango no matter what the lyrics are like. After listening to "Abayo", perhaps I can also add in a country waltz. There's a certain rhythmic swish with this song that adds some lightness despite the sad lyrics, and although I had been expecting that certain usual raspiness to Ken's delivery to add to the bitter flavor, the recorded original version of "Abayo" also has the singer dancing nimbly through the words. Perhaps that raspiness might be more pronounced in her live performances.

"Abayo" became Ken's most successful hit in her career as it hit No. 1 on Oricon. It finished 1976 at No. 46 and then at the end of 1977, it even went higher by placing at No. 25. It won at least a few awards including a prize at the Japan Record Awards. It was also a track on Ken's 4th album, "Nakiwarai"（泣き笑い...Smiling Through The Tears）from August 1976 in which the entirety of the Side A songs were written and composed by Nakajima.

Nakajima herself did a slightly more gentle version of "Abayo" that, for me anyways, is somewhat closer to City Pop in sound. It even has that feeling that it ought to be listened to in a small cafe while it's raining outside (maybe it even sounds more European). Still, it has retained that waltzing lilt. Nakajima's cover was included as one of the tracks on her 1979 album, "Okaerinasai"（おかえりなさい...Welcome Home）, which was itself an album of covers of songs that she had created for other artists. It reached No. 2 on the album charts and became the 5th-most successful album for 1980.

Ken and Nakajima would work together again on the former's 16th single, "Kamome wa Kamome"（かもめはかもめ）, another trademark song for the singer. 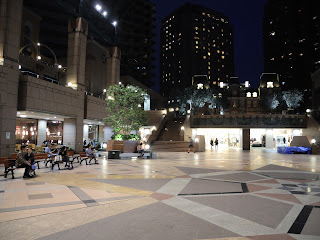