Taeko Ohnuki's（大貫妙子）"4AM" from her 1978 album "Mignonne" contains the above lyrics, and considering what I found out about the troubled production for this album which I've mentioned in the article for it and the other tracks that I've covered solo, "Jaja Uma Musume"（じゃじゃ馬娘）and "Iidasenakute"（言いだせなくて）, I wonder if she had been sending out a lyrical SOS at that early titular time. The supposedly relatively unsuccessful "Mignonne" did knock singer-songwriter Ohnuki for a loop for several months but it also put her on that path toward a more distinctive sound mix of technopop and French.

I think Ohnuki was able to pull off that soulful brand of City Pop although the margin for her was somewhat narrower since her voice wasn't as suited as those of some other singers such as Minako Yoshida（吉田美奈子）. "Jaja Uma Musume", which was in that vein of music, did well by her, but as much as I liked the cool arrangement for "4AM" for the richness of the horns (reminds me of Steely Dan), I've always thought that Ohnuki wasn't quite up to the vocal demands and wondered how the aforementioned Yoshida could have handled it. And that extended repeated musical riff at the end also made me wonder whether the singer simply decided to call it an early morning and left the band to its own devices. 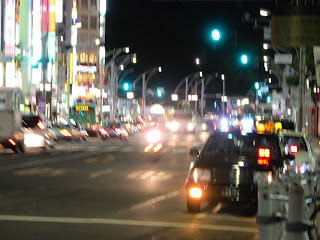