I'm not sure if the above video is from the original anime in the early 70s or from the later movie adaptation, but that final scene from "Ashita no Joe"(Tomorrow's Joe) is one of the most famous finales, if not the most famous one. I never saw a single episode featuring the boxer Joe Yabuki and yet even I know about that final scene when Joe provides one last lollapalooza of a fight with Jose Mendosa before he finally expires for good in his corner with that satisfied smile on his face.


The other part of the legendary anime I know is the opening theme song "Ashita no Joe" sung by actor/singer/voice actor Isao Bito（尾藤イサオ）. First featured when the anime premiered in April 1970, the song was created by poet and dramatist Shuji Terayama（寺山修司）and composer Masao Yagi（八木正生）. It's one of those themes that probably even a lot of older non-anime fans would recognize within a couple of seconds. Right from that lone trumpet, Yagi's melody has that combination feeling of a matador entering the bullring and Clint Eastwood leaving the saloon for the final showdown in those old spaghetti westerns he used to do.

Plus what has given the theme song even more oomph is the delivery of Bito. His voice has got that mix of growl and ballad-like emotion which sounds as if it's coming from inside Joe's loyal friend and trainer, Danpe Tange. That combination of music and Bito's singing makes for that battle hymn which could be played for anyone who's about to enter any sort of championship, whether it be boxing or chess.


Bito was born in 1943 in Taito Ward, Tokyo (where Ueno and Asakusa are located...my old haunt). As he grew up, he gained an interest in rockabilly music, and as a teenager in 1960, he got his first taste in the music business by learning and singing as a backup singer for the Group Sounds band Jackey Yoshikawa and the Blue Comets. After several months studying in Hollywood between 1961 and 1962, Bito returned to Japan, and started appearing in the various jazz cafes in Tokyo although his repertoire at that time consisted of a number of rock numbers including Elvis Presley's "Hound Dog". However, his really big hit was his 1964 cover of "Don't Let Me Be Understood", even before The Animals immortalized in the following year.

Interesting piece of trivia here. As a voice actor, Bito provided the Japanese for the character of Ricardo Tubbs in the 80s show "Miami Vice". 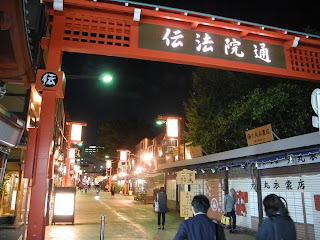