Not more than 15 minutes ago, I caught the first "Kayo Concert"（歌謡コンサート）on NHK for the first time in a few weeks. Nice to hear the old kayo once more on Tuesday nights. The theme tonight was about trying to beat the heat...no mean feat in Japan. I remember stepping out of the Keio Plaza Hotel on that steamy July morning in 1989 after starting my stint as a JET participant and becoming a human sprinkler. Many summers later, I was able to endure enough so that I could actually wear an undershirt under my shirt and tie in 30+-degree C weather with 80% humidity...doesn't mean I liked Japanese summers any better but I could take it. Thank the heavens for vending machines!

In any case, the one song that caught my eye...or ear, as it were...was this jaunty little tune from 1966 which sounded somewhat like "I've Got Spurs That Jingle Jangle Jingle"...something that I used to hear a fair bit back in elementary school. It was titled "Wakaitte Subarashii"（Wonderful To Be Young）and sung by one of the aidorus from that decade, Michiru Maki（槇みちる）. Instead of the enka and the Group Sounds stuff, this song just had that innocent fun in mind.


Written by Kazumi Yasui（安井かずみ）and composed by Hiroshi Miyagawa（宮川泰）who created those hits for The Peanuts and the famous theme for "Uchuusenkan Yamato"（宇宙戦艦ヤマト）, according to J-Wiki, "Wakaitte Subarashii" was made as a rebuttal song of sorts to Kyu Sakamoto's（坂本九）happy-go-lucky "Ashita ga Aru sa"（明日があるさ）. As I was reading that statement in the article, I kinda went "Well, both are upbeat songs. What's there to rebut?" But apparently in the latter song, there was some lyrical hand wringing with the protagonist wondering why he just couldn't muster up the gumption to say hello to the girl of his dreams. "Wakaitte Subarashii" throws any of that angst away and revels in that carefree life as Japan starts its economic ascent.

Michiru Maki was born Mariko Iwamura（岩村真理子）in Osaka in 1947. As a teenager, she performed in an Osaka jazz cafe before heading up to Tokyo in 1963, and then finally getting scouted a couple of years later by Watanabe Productions. She debuted that same year in a revue starring Crazy Cats and The Peanuts. Soon after that, she got her huge hit with "Wakaitte Subarashii". After retiring from singing in 1970, she became a studio musician and backup singer. 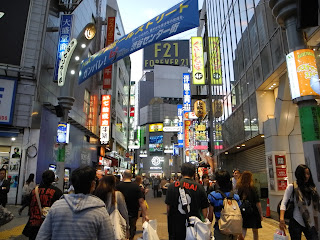