I was having a conversation with Noelle about good ol' Tats earlier today. Noelle is usually our resident expert on all things enka and Mood Kayo but she expressed some interest on one of the great icons of City Pop because of the soaring and summery "Loveland, Island".

As I was coming up with some recommendations for her on some of the fine music by the famous singer-songwriter from the late 70s and early 80s, I came across some of the tracks from his 6th studio album, "For You" from 1982. "Loveland, Island" and another great number "Morning Glory" are on this release, but then I came across yet another track which pretty much cemented my decision to get "For You" sometime by the end of this year. And that would be the ballad "Futari" (Two) which begins with a bit of flirtatious piano by the late Hiroshi Sato（佐藤博）before Tatsuro Yamashita（山下達郎）goes into this slow romantic waltz which becomes ever more epic, thanks to those famous layered vocals of his.

Yamashita composed the song and his frequent friend and collaborator, Minako Yoshida（吉田美奈子）, wrote the lyrics, but I couldn't help hearing her not only in the backup chorus but also within Yamashita's music as well. This is pretty sentimental and mushy coming from me but I can imagine a newly-married Japanese couple on Waikiki Beach in Hawaii dancing to this as the sun goes down. "Futari" could be added onto the list of good wedding reception songs. According to J-Wiki, the singer-songwriter remarked that the ballad wouldn't have been complete without Sato's contribution. This was the song that ended Side A on the original LP of "For You", a very appropriate position for this track and just an appropriate ballad, period, considering the title of the album. Time to warm up my Xmas wish list a bit early. 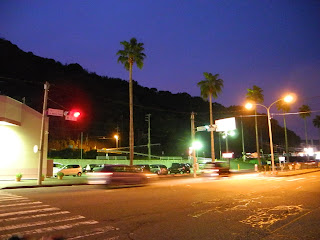