It had been quite the while since I actually put up a Group Sounds article so looking through the list of GS bands on J-Wiki, I came across the band Ox（オックス）. Now, how the band got that name I have no idea, but it's a name that I had seen in the past so I decided to give them a look-see. My pre-look-see image was that, considering the name, the guys would be these pretty well-built All-Japan jock types. And then I saw the cover for their debut single above...they looked like Shakespearean ice hockey referees (Thy penalty is icing, my young thane!)!

"Girl Friend" is the title of that debut single from May 1968, and it is this fairly soft-sounding ballad done by the band that reminded me of the band The Beau Brummels from the same decade. Written by Jun Hashimoto（橋本淳）and composed by Kyohei Tsutsumi (筒美京平...one of his very early works in a very long career), lead vocal Hideto Noguchi sings about putting that young lucky lady on that very high fantasy pedestal as he hopes that the two words of the title can become one at last. The single was the most successful of their career (which lasted from 1968 to 1971), hitting No. 6 on Oricon. In total, they would release 9 singles and 2 albums before the breakup came.


Ox consisted of Noguchi（野口ヒデト）, bassist and leader Toshio Fukui（福井利男）, drummer Yuji Iwata（岩田裕二）, guitarist Shiro Okada（岡田志郎）, and organist/vocal Ai Akamatsu（赤松愛）. Fukui and Iwata had belonged to the band Kings but decided to break away and create a new group and eventually recruited the other members to become Ox. After the band broke up in 1971, vocalist Hideto Noguchi changed his name to Hideto Maki（真木ひでと）and became an enka singer. Drummer Akamatsu left the group in 1969 to be replaced by Yuki Taura（田浦幸）for the remainder of their time together. 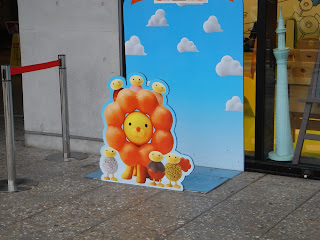