Well, I've been quite grateful for my current translation gig handling things like travel articles. For one thing, I'm getting paid for my efforts and I'm also learning vocabulary on places such as onsen towns and the myriad shrines and temples. The unexpected benefit has to do with that latter tourist site in Japan. You see, over the past few months, I've been watching the 2013 anime "Sasami-san@Ganbaranai"（ささみさん@がんばらない...Ms. Sasami@Unmotivated）in which the plot and characters involve a lot of terms having to do with Japanese mythology such as the Sun Goddess Amaterasu and The Three Sacred Treasures of Japan. In fact, you might say that Amaterasu and those treasures are the characters. A lot of that stuff going in "Sasami-san" would have been over my head if it hadn't been for those shrine/temple articles. I had only just translated an article about a certain shrine which dealt with The Cave of Heaven, and a couple of days later, the cave got a mention in an episode of the show. Kismet or what? Anyways, the show's gotten a lot deeper and somewhat more complex compared to the debut episode which seemed to be about a sassy hikikomori ensconced in a rather nice house with an overly devoted brother with a sister complex.


But right from the beginning, I was drawn to the opening theme by singer-songwriter ZAQ, "Alteration". I have seen the singer-songwriter's name in the credits for other anime but "Alteration" has been the one by her that has finally grabbed me due to its blastoff right from the opening notes and melody which strikes me as reminiscent of a dance tune from the parapara days. Plus some of those key shifts certainly kept my ears on their toes.


The other interesting thing about the show is the running gag that is the innocent ending credits. Instead of the technopop excitement of "Alteration", "Shintoutatsu Symphony" (Osmotic Pressure Symphony) is a cute aidoru-esque ending theme which for 11 of the 12 episodes, seiyuu Kana Asumi（阿澄佳奈）in character as Sasami-san refused to perform correctly for various reasons, often handing over the mike to one or more of the Yagami Sisters, her guardians, with varying results. I'm still in the middle of watching the series but I have heard that Sasami-san finally gets her act together at the end of the finale and provides the proper rendition. Lyricist and composer Kenichi Maeyamada（前山田健一）must have sighed relief. I certainly did and will be looking forward to the decent version. 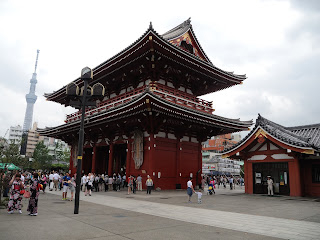