For Tracy Hyde -- Sakura no Sono（櫻の園） 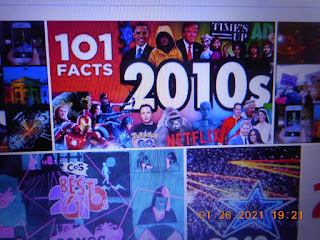 The genre "shoegaze" is defined as, and I'm directly quoting Wikipedia here, "...is a subgenre of indie and alternative rock that emerged in the United Kingdom in the late 1980s. It is characterized by its ethereal mixture of obscured vocals, guitar distortion and effects, feedback, and overwhelming volume. The term shoegaze was coined by the British music press to describe the stage presence of a wave of neo-psychedelic groups who stood still during live performances in a detached, introspective, non-confrontational state with their heads down."

When I first encountered the term "shoegaze", I indeed pictured the image described in that last sentence above: that of casually-dressed 90s singers who couldn't seem to hold their heads up high while mumbling their lyrics into the mike. But that term in Wikipedia was also given the synonym of "dream pop". Now, that is a term that I know and appreciate since I first heard Ramjet Pulley's soothing "Overjoyed" so many years ago.

And that's the term that has been used to describe the band For Tracy Hyde's "Sakura no Sono" (Cherry Blossom Garden), and its source album, its third, "New Young City" which was released in September 2019. I not only enjoy the music video featuring the band in some sylvan paradise with plenty of the titular blossoms, but the music and arrangement provided by songwriter Azusa Suga（管梓）are simultaneously ethereal and grounded with the sound of those clanging instruments clinging to my mind like the good type of cobwebs. Of course, for something that is shoegaze/dream pop, the floating vocal delivery by eureka is essential.

I particularly specified "New Young City" as an album that goes into the dream pop since according to one English-language interview on "From The Intercom", For Tracy Hyde has delved into different genres. Its inaugural release, "Film Bleu" (December 2016) was more into the Shibuya-kei (although after listening to a couple of tracks there, I'm not sure of that description now) whereas "he(r)art" (November 2017) chases general J-Pop. On its J-Wiki article, some more genres have been pelted at the band: indies, neo-acoustic, and Chillwave.

Suga is known as Natsubot（夏bot）within For Tracy Hyde where he is a guitarist and a vocalist alongside eureka, and he started the entire thing in 2012 as a solo project but eventually, it grew to become a 5-piece band including singer-songwriter Aika Imaizumi（今泉愛夏）, aka Lovely Summer-chan（ラブリーサマーちゃん）, during which three self-produced works were released in 2014.  However, Imaizumi left For Tracy Hyde in 2015 after which eureka came on board. The other members in the current lineup are guitarist U-1, bassist Mav and drummer Soukou（草稿）.

A new fourth album is due to come out this month on the 17th titled "Ethernity". I will have to see what "Ethernity" shows, and for that matter, I'm especially interested to check out "Film Bleu".

Being someone who has a passing interest in names and their origins, I was rather intrigued by that band name, For Tracy Hyde. Unfortunately, J-Wiki didn't bother to reveal anything on that front, so with a little digging, I did find a 2014 Japanese-language interview at "Belong Media" which had Natsubot explain where they got the idea to name themselves For Tracy Hyde.

The first thing that he stated was that the name For Tracy Hyde did not come from a female child actor/model named Tracy Hyde who had been in a 1971 British film "Melody". Actually, he hadn't even known about the film. Instead, his inspiration came from a song by a Los Angeles power pop band Wondermints with the title "Tracy Hide" (above at 7:15) after which he decided to give the name a bit of a British tweak by replacing the "i" in the family name with a "y". Come to think of it, "Tracy Hide" is pretty dream pop itself...in a Carpenters-esque way. The song belongs to the band's self-titled 1995 debut album.