J-Wiki has listed this as an enka although I think the arrangement of this song is more along Mood Kayo lines because of the jaunty beat and the boozy saxophone in there. And I gotta say that Aki Yashiro（八代亜紀）is pretty darn genki in the video.

"Mou Ichido Aitai" (I Want To Meet Him One More Time) was released as Yashiro's 17th single in September 1976, and it's a song that I heard on the most recent episode of "Uta Kon"（うたコン）. It stood out to me since the last couple of entries by the veteran singer I've heard were definitely more on the maudlin side. I'm not sure what the setting of the song is but my imagination posits the vivacious Yashiro as a footloose and fancy-free young lady who knows her away around the tony neighbourhoods of Ginza and Akasaka. And there, she finds the ultimate Mr. Right from afar but just can't seem to get him. Hey, Aki, we've all been there, lady! In any case, that statement also weighs a bit more for supporting my theory for it being a Mood Kayo.


I did mention those last couple of Yashiro tunes I came across. Well, one is "Namida Koi"（なみだ恋）which was her first big hit from 1973. "Mou Ichido Aitai" hit even higher in the Oricon rankings than that song, breaking into the Top 10 at No. 9, earning another invitation for Yashiro to the Kohaku Utagassen that year, and winning a prize for Best Song at the Japan Record Awards as well. She also made some history by winning the same prize the following year for her 22nd single, "Ai no Shuuchaku Eki"（愛の終着駅）which is the second of those Yashiro tunes I was referring to.

Ultimately, "Mou Ichido Aitai" was the 97th-ranked single for 1976 and it did even better in 1977 as the 78th-ranked single. The song was written by veteran Yoko Yamaguchi（山口洋子）and composed by Shinichi Nozaki（野崎眞一）. Yashiro would also perform the old chestnut at the 1993 Kohaku. 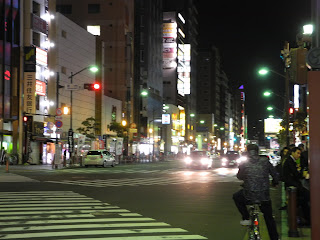